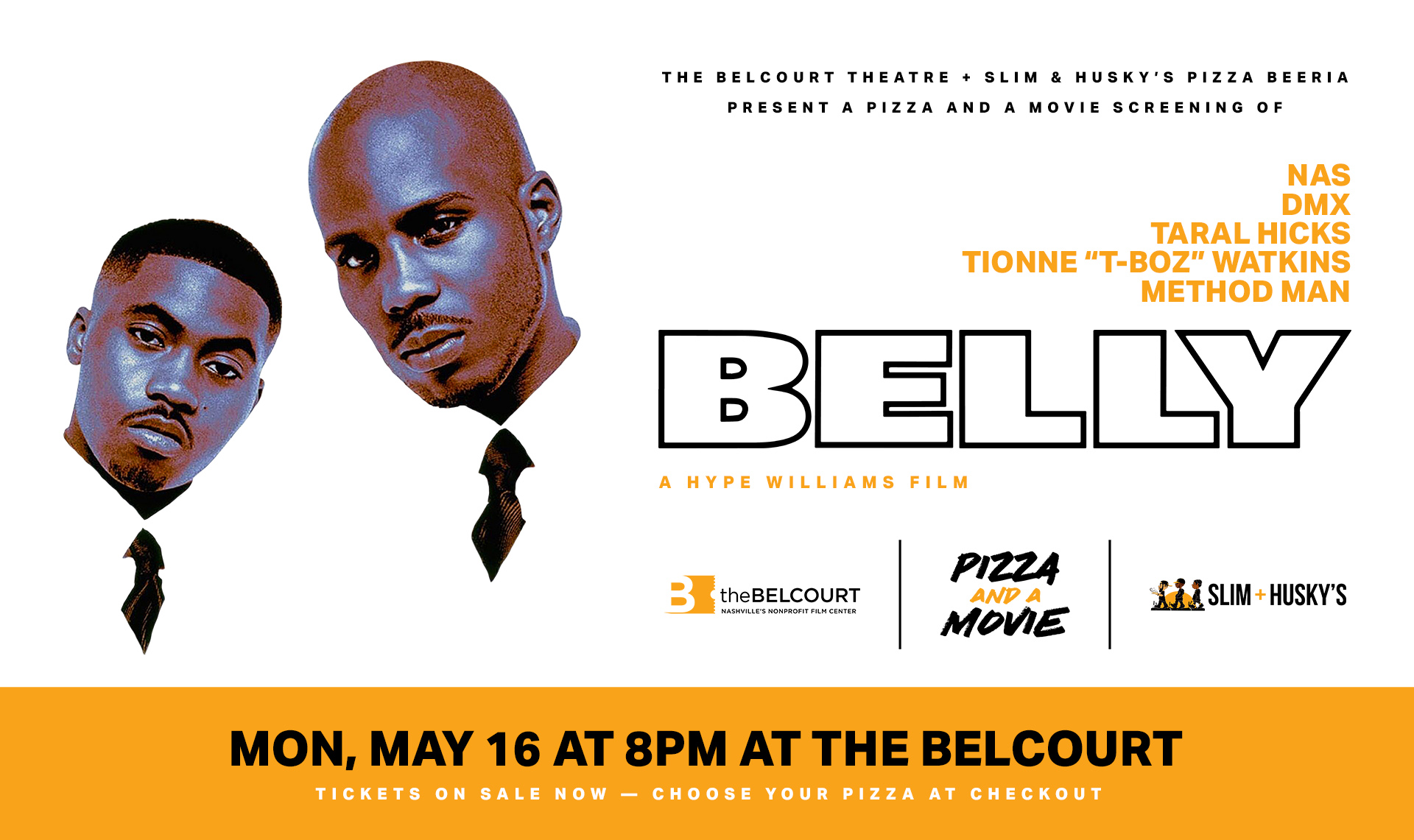 Part of Music City Mondays and Pizza and a Movie.

Ever since they were kids, Sincere (Nas) and Buns (DMX) have lived life close to the edge, doing whatever it takes to survive. As the two grow up in this lifestyle, their priorities begin to differ significantly. Buns’ nihilistic no-holds-barred pursuit of stacking up cash no matter the cost leads to a meteoric rise through the criminal underworld — while Sincere’s search for knowledge empowers him to see the joys of the intangible things in his life. As the two are confronted with the repercussions of their actions, their priorities and perspectives adapt as they attempt to negotiate their way out of the mess they’ve gotten themselves into. The film’s climax, set during a turn-of-the-millennium celebration is as powerful as it is stylish and tense. A perennial cult classic, this hyperkinetic, neon-soaked street morality tale from music video pioneer Hype Williams boasts an incredible supporting cast including Taral Hicks, Tionne “T-Boz” Watkins, and Method Man — and features a hit soundtrack with songs by most of the principle cast along with tracks featuring RZA, ODB, Ghostface Killah, Raekwon, Ja Rule, Gang Starr, and Jay-Z.

Arrive early to catch music videos from the soundtrack alongside some local talent during the pre-show while you grab your pizza!