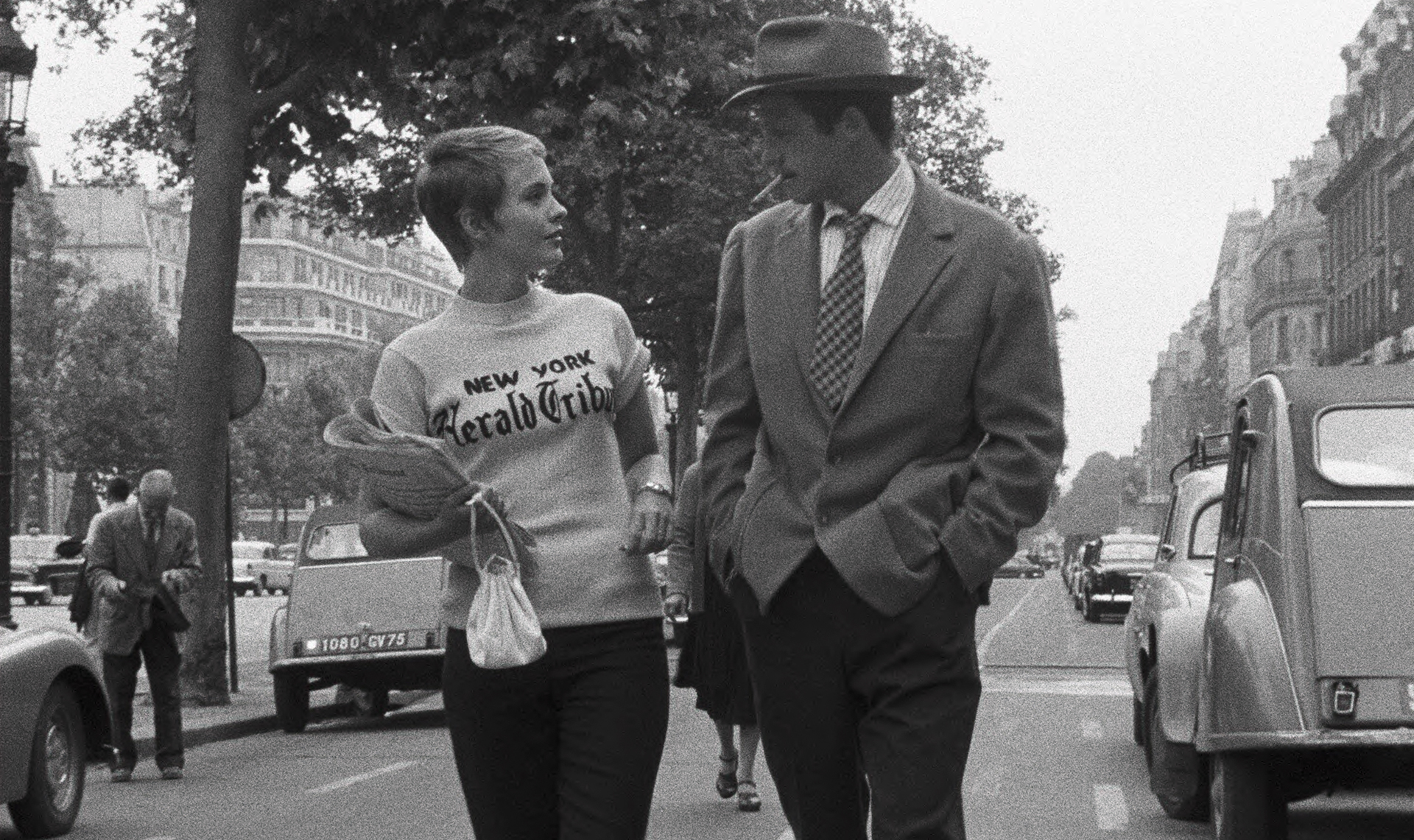 “To become immortal, and then to die.” Lip-stroking pug Jean-Paul Belmondo’s on the run, shooting cops and stealing cars — as well as cash from the handbag of Iowa-accented, Herald Tribune-hawking girlfriend Jean Seberg —as the couple engage in boudoir philosophy, staring contests, sous blanket tussels, and plenty of le smoking. Erstwhile Cahiers du Cinéma critic Godard’s début feature turned a sketchy outline from critical confrère François Truffaut into one of the benchmarks of the New Wave, seemingly reinventing cinema itself, and immediately rocketing the late Jean-Paul Belmondo (in his ninth film) and Seberg (the beginning of her European eminence following two Hollywood flops) to world stardom — and beginning Godard’s decade of supreme hipness and seemingly compulsive, often outrageous innovation.

The pace is non-stop — a better translation of the title is “out of breath” — thanks to the startling, then-revolutionary use of jump-cutting (when the first edit came in at three hours, New Wave godfather Jean-Pierre Melville — who cameos as novelist “Parvulesco” — advised losing the subplots. Instead Godard did the unheard of: cutting freely within shots). The “je m’en fous” attitude of both protagonist and film proved the prototype of movie cool that every would-be cinéaste still aspires to. (Synopsis from the Film Forum)