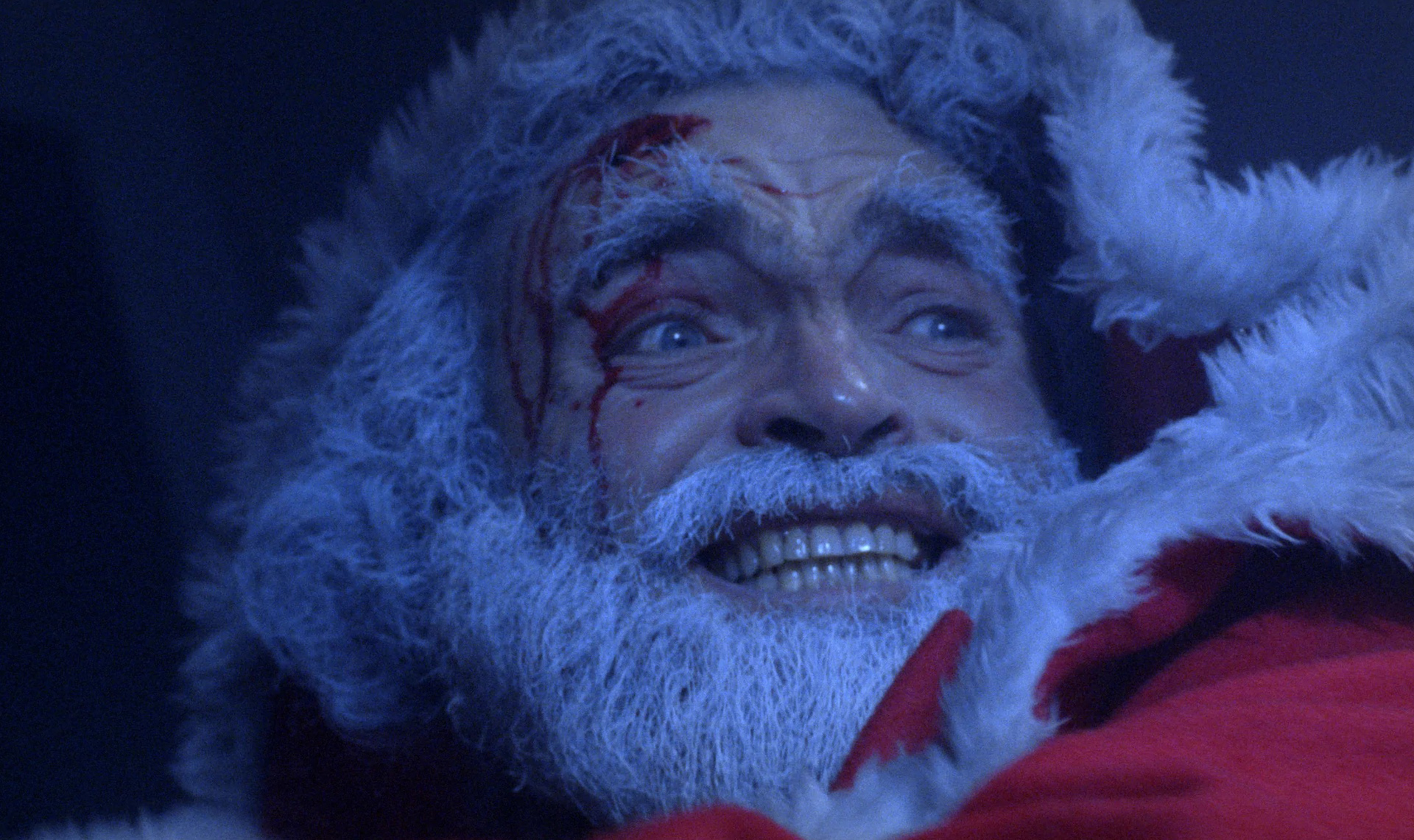 Thomas is a typical 1980s kid. He loves computers, role-playing games and his dog. While mom is away at the office on Christmas Eve, Thomas and his grandfather are left home alone — perfect timing for a disgruntled, perverted, bloodthirsty Santa Claus to raid the home down the chimney. But Hell hath no fury like a mulleted 10-year-old with an arsenal of toys! Released a year before HOME ALONE, the French-made DIAL CODE SANTA CLAUS has almost the same plot — only filled with more style, bloodshed and Rambo references.