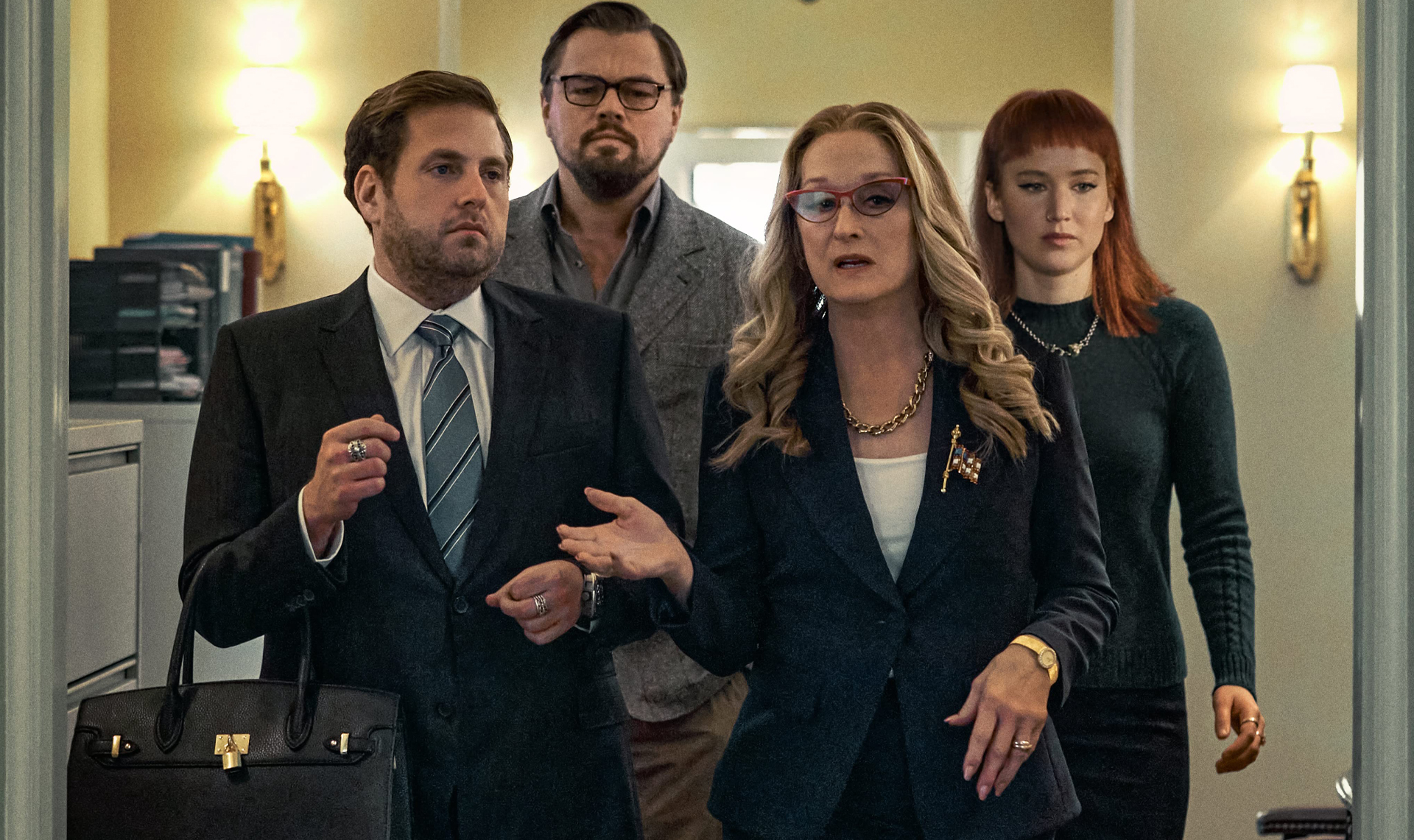 In addition to its Best Picture nomination, DON’T LOOK UP is nominated for Best Original Screenplay, Original Score, and Film Editing.

An astronomy grad student (Jennifer Lawrence) and her professor (Leonardo DiCaprio) make an astounding discovery of a comet orbiting within the solar system. The problem: it’s on a direct collision course with Earth. The other problem? It’s only six months away, and no one really seems to care. They embark on a media tour that takes them from the office of an indifferent U.S. President (Meryl Streep) and her sycophantic son and Chief of Staff (Jonah Hill), to the airwaves of two upbeat morning show hosts (Cate Blanchett and Tyler Perry). Directed by Adam McKay (THE BIG SHORT, VICE).