Two Films, One Ticket. See one or see both. The choice is yours. 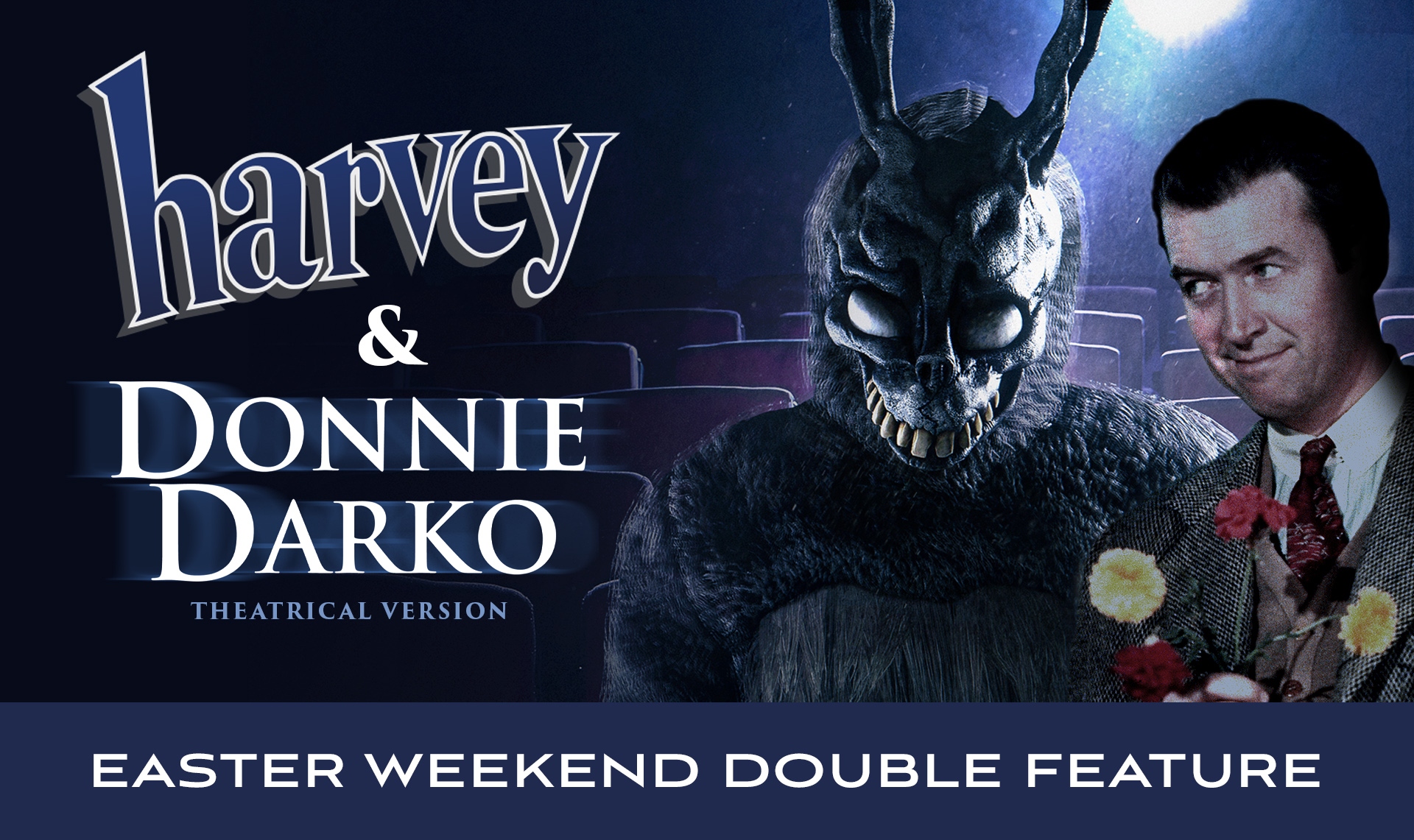 Human-sized rabbits are real — and if you don’t believe that, then we have a Santa Claus to sell you. Jimmy Stewart and Jake Gyllenhaal know the struggle. It’s no coincidence that their names start with J. As in J/K. Two Films, One Ticket. See one or see both. The choice is yours.

Affable tippler Elwood P. Dowd (James Stewart) lives with his sister Veta (Josephine Hull) and her bashful daughter. They hate his drinking, but what rankles them more is his faithful companion: a 6-foot-tall invisible rabbit named Harvey. Watch the Trailer

After narrowly escaping a bizarre accident, a troubled teenager (Jake Gyllenhaal) is plagued by visions of a man in a large rabbit suit who manipulates him to commit a series of crimes. Co-starring Jena Malone, Drew Barrymore, Patrick Swayze, and Jake’s sister Maggie. Restoration courtesy of Arrow Films and the American Genre Film Archive. Watch the Trailer