In English and Greek with English subtitles 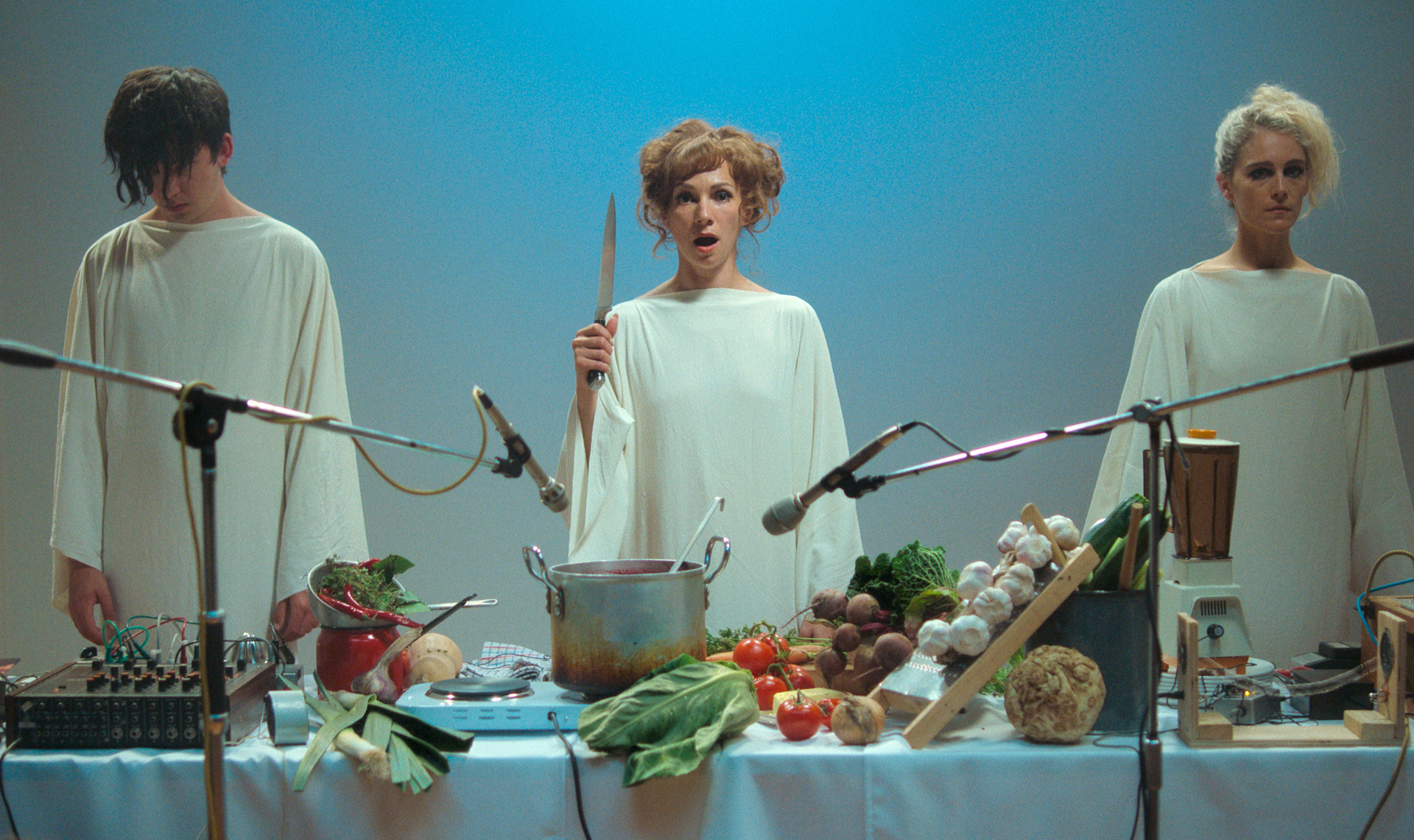 A sonic collective who can’t decide on a name takes up a residency at an institute devoted to culinary and alimentary performance. The members Elle di Elle (Fatma Mohamed), Billy Rubin (Asa Butterfield) and Lamina Propria (Ariane Labed) are caught up in their own power struggles — and their dysfunctional dynamic is furthermore exacerbated when they have to answer to the institute’s head, Jan Stevens (Gwendoline Christie). With the various rivalries unfolding, Stones (Makis Papadimitriou), the institute’s “dossierge” has to privately endure increasingly fraught stomach problems whilst documenting the collective’s activities.

Upon hearing of Stones’s visits to the gastroenterologist, Elle coerces him into her performances in a desperate bid for authenticity. The reluctant Stones puts up with the collective’s plans to use his condition for their art — whilst Jan Stevens goes to war with Elle over creative differences.

This flatulent, scatalogical and satirical takedown of artistic pretension and “good taste” from cult director Peter Strickland pushes its provocative premise to absurd lengths –– a sensorial nightmare combining the best and worst tendencies of performance art and European arthouse sleaze.