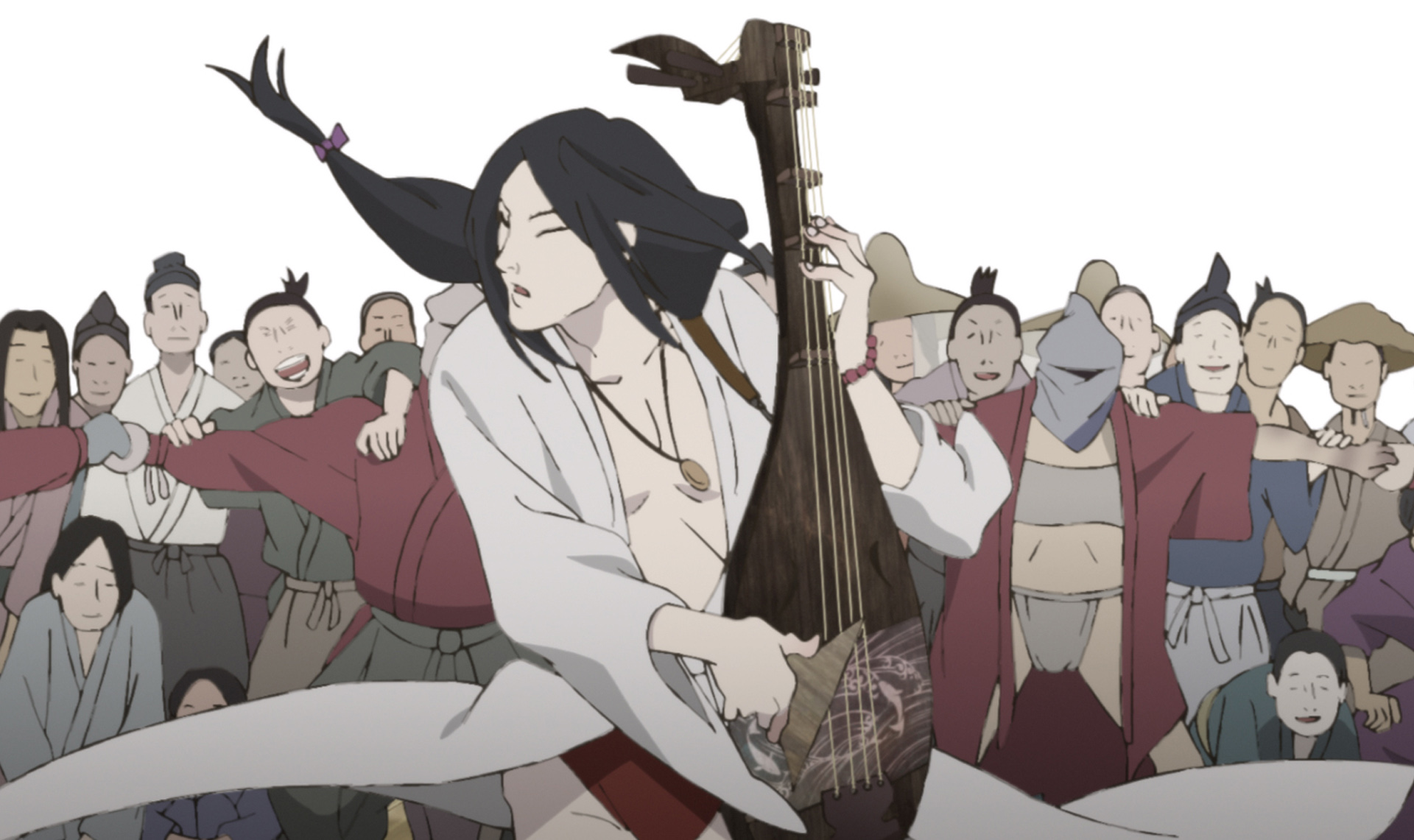 Born to an esteemed family, Inu-oh is afflicted with an ancient curse that has left him on the margins of society. When he meets the blind musician Tomona, a young biwa priest haunted by his past, Inu-oh discovers a captivating ability to dance. The pair quickly become business partners and inseparable friends as crowds flock to their electric, larger-than-life concerts. But when those in power threaten to break up the band, Inu-oh and Tomona must dance and sing to uncover the truth behind their creative gifts.

From visionary director Masaaki Yuasa, hailed by IndieWire as “one of the most creatively unbridled minds in all of modern animation,” comes a revisionist rock opera about a 14th-century superstar whose dance moves take Japan by storm.

Featuring character creation by Taiyo Matsumoto (Tekkonkinkreet, “Ping Pong the Animation”) and awe-inspiring vocals by Avu-chan (Queen Bee) and Mirai Moriyama, INU-OH is a glam-rock ode to the power of music and a forceful statement on artistic freedom from one of animation’s singular talents.