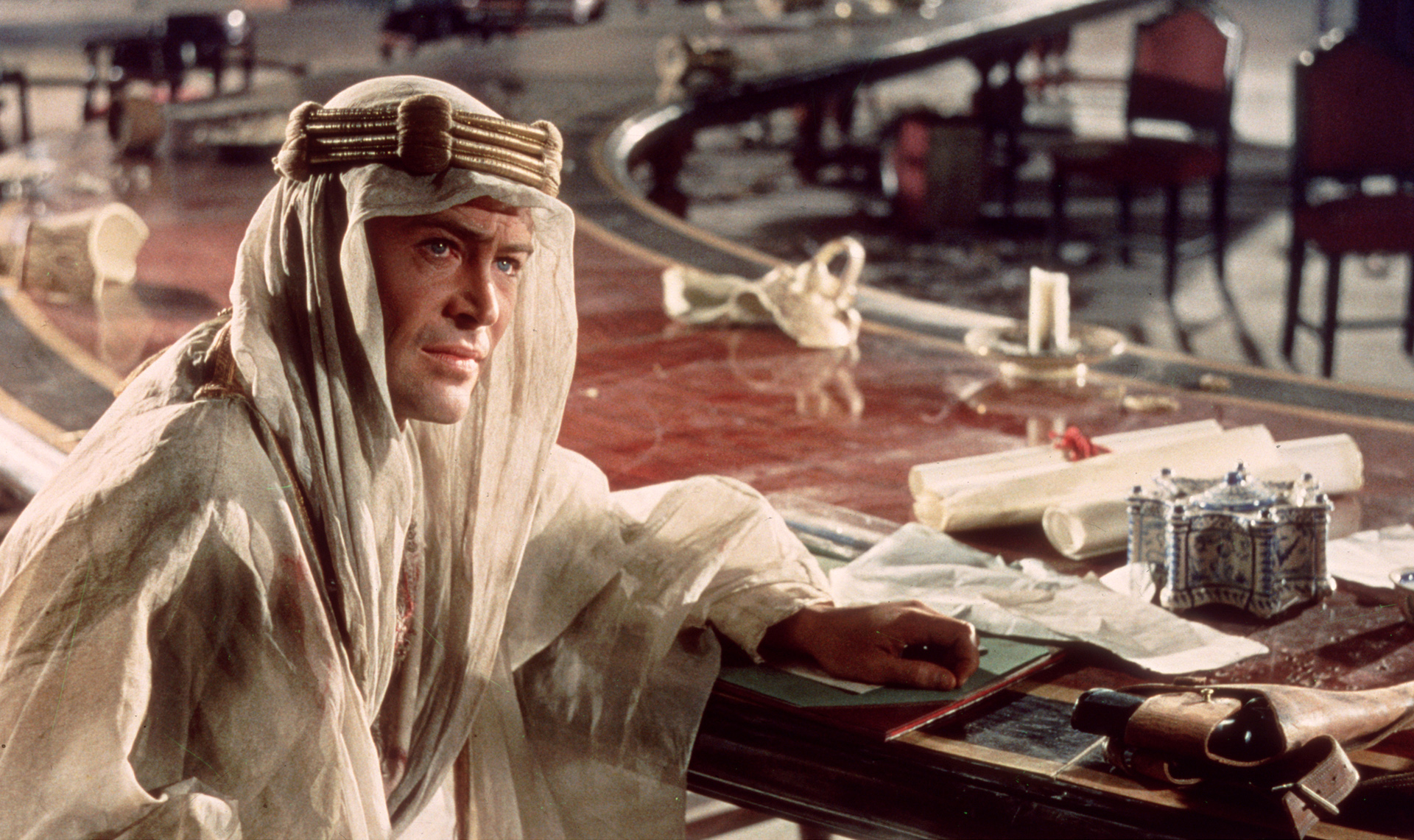 One of the screen’s grandest epics, first released 60 years ago, this monumental story recounts the true life experiences of T.E. Lawrence, better known to the world as Lawrence of Arabia. A young, idealistic British officer in World War I, Lawrence (Peter O’Toole) is assigned to the camp of Prince Feisal (Alec Guinness), an Arab tribal chieftain and leader in a revolt against the Turks. In a series of brilliant tactical maneuvers, Lawrence leads 50 of Feisal’s men in a tortured three week crossing of the Nefud Desert to attack the strategic Turkish held port of Aqaba. And following his successful raids against Turkish troops and trains, Lawrence’s triumphant leadership and unyielding courage gain him near god-like status among his Arab brothers.