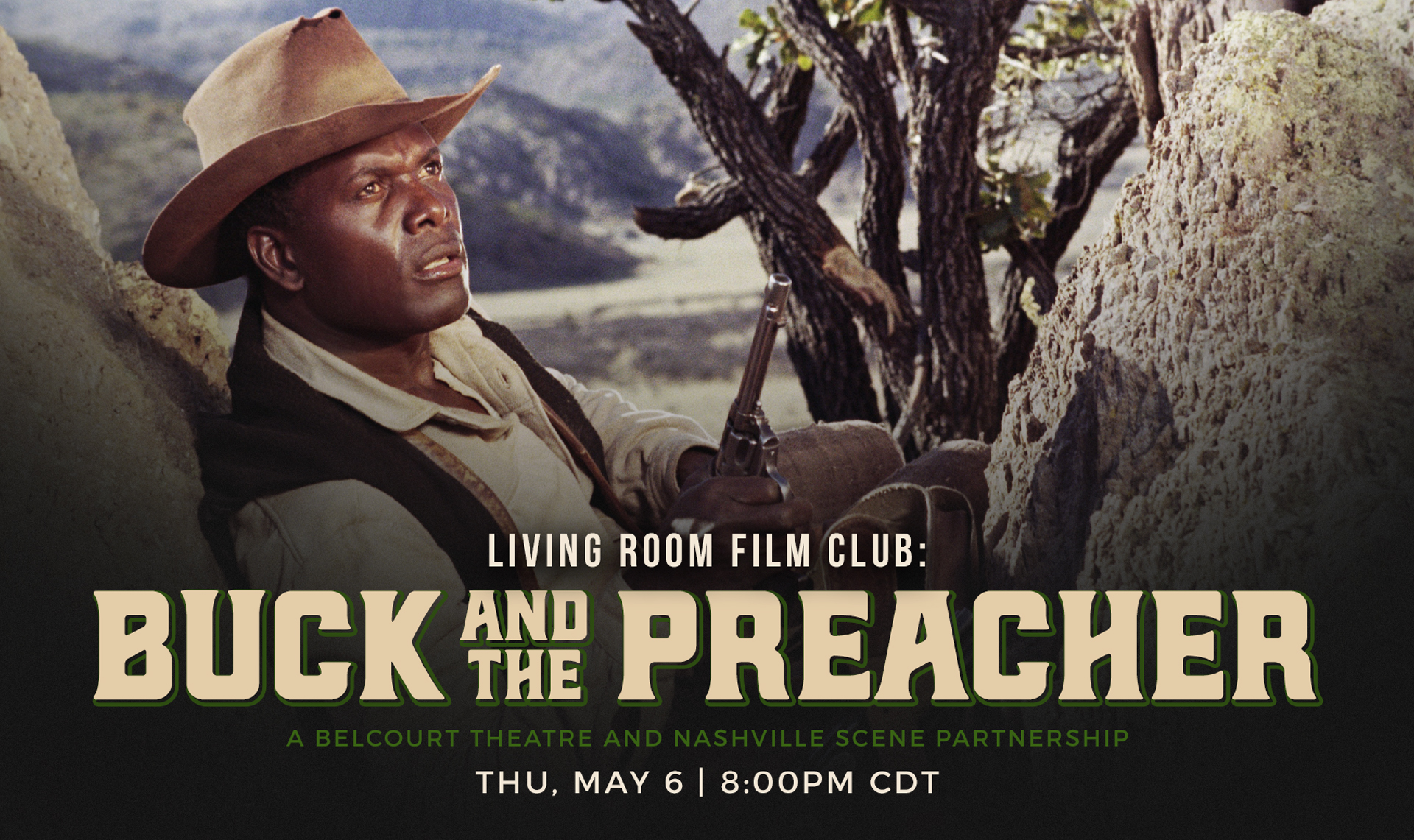 Criterion Channel subscribers can watch an interview with Mask, who served as guest curator for the Black Westerns series, here.

Civil War veteran Buck (Sidney Poitier) has signed on to guide a wagon train of newly freed slaves moving to claim homesteads in the west. Along with Buck’s wife, Ruth (Ruby Dee), who works tirelessly and devotedly alongside her beloved husband, their party includes the Preacher (Harry Belafonte), a greedy con man, formerly enslaved by a white minister, who loves money much more than he loves God. The pioneers’ peaceable westward passage is suddenly threatened by the sadistic Deshay (Cameron Mitchell) and his mob of vigilante night riders. And when this homicidal gang insists that the migrants should remain in the south as a source of cheap labor, the two forces meet in an intensely dramatic struggle. Please be advised: this film contains offensive racist language, racial stereotypes, and graphic violence directed against Black and Native American people. (Synopsis from the Criterion Channel.)

Mia Mask is a Professor of Film on the Mary Riepma Ross endowed chair.  She is the author of Divas on Screen: Black Women in American Film, which was a CHOICE Outstanding Academic Title in 2011.  She has published two anthologies: Black American Cinema Reconsidered (Routledge, 2012), and Poitier Revisited: Reconsidering a Black Icon in the Obama Age (Bloomsbury, 2014). Her forthcoming book is entitled: Black Rodeo: A History of the African American Westerner in Film.  At Vassar College, Mask teaches African American cinema, documentary history, seminars on special topics such as the horror film, and auteurs like Spike Lee, Charles Burnett and Ava DuVernay. She also teaches feminist film theory, African national cinemas, and genre courses. Her cultural commentary has been featured on National Public Radio’s programs “Tell Me More,” “Marketplace” and “Morning Edition,” as well as in documentaries for the Smithsonian Channel, the Criterion Channel and CNN’s The Movies.

Ron Wynn is a veteran journalist, writer, editor and broadcaster. He’s currently a contributing writer for the Nashville Scene, columnist for the Tennessee Jazz & Blues Society, sports editor for the Tennessee Tribune and a contributor to JazzTimes and hosts the weekly talk show Freestyle on Fisk University’s WFSK-FM.