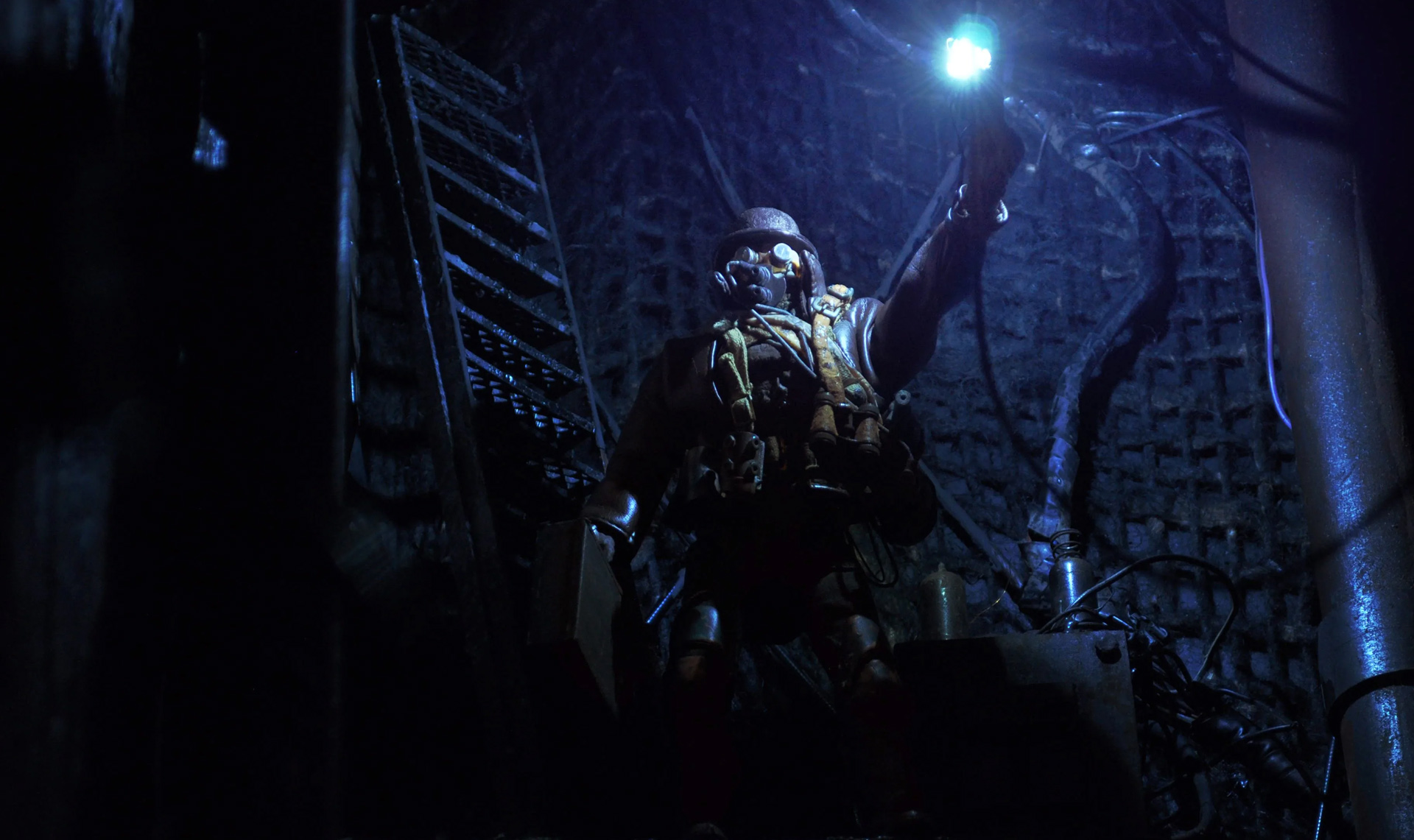 Follow The Assassin through a forbidding world of tortured souls, decrepit bunkers and wretched monstrosities forged from the most primordial horrors of the subconscious mind. Directed by Phil Tippett (STAR WARS, JURASSIC PARK), the world’s pre-eminent stop motion animator, every set, creature and effigy in this macabre masterpiece is hand-crafted and painstakingly animated using traditional stop-motion techniques.