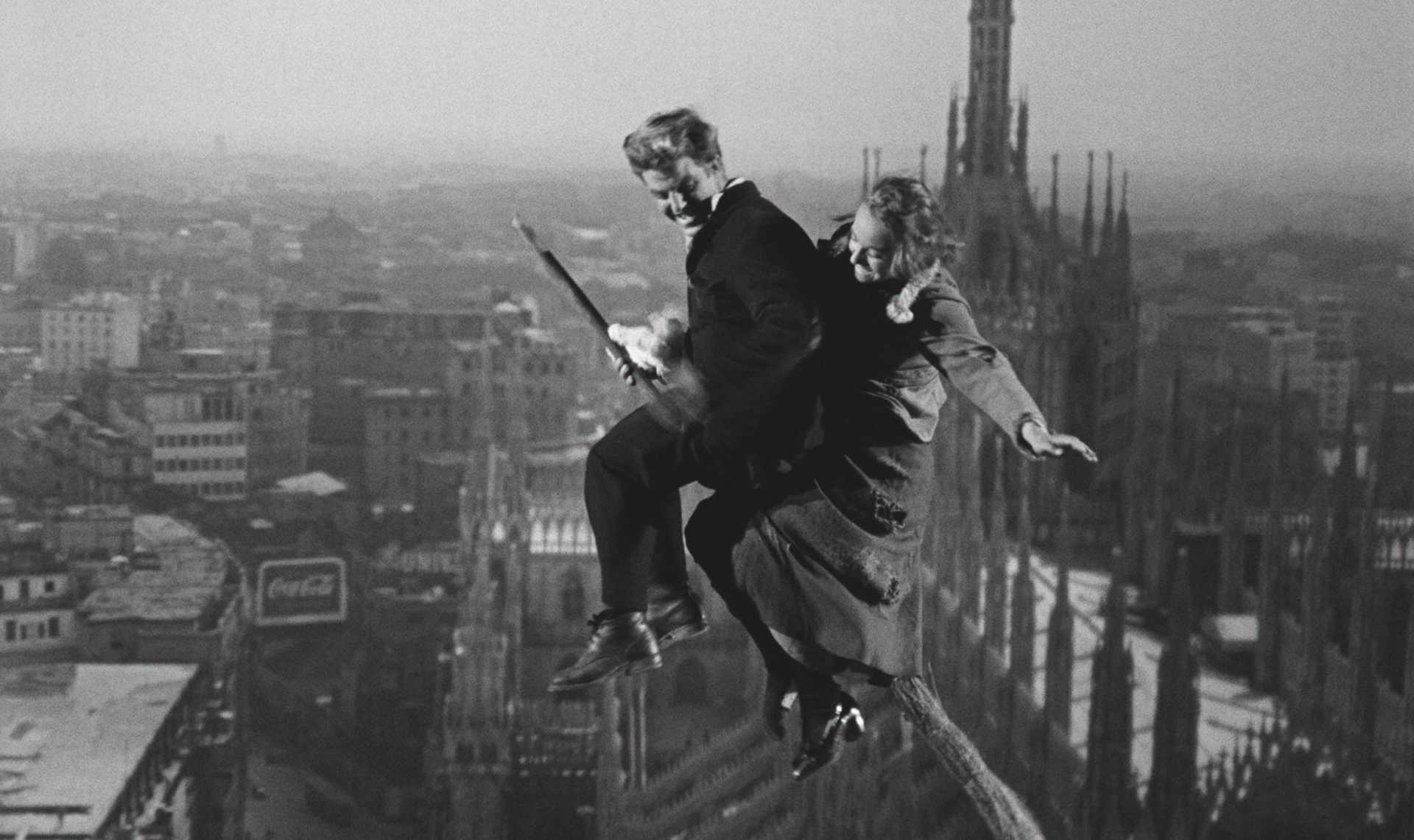 Once upon a time in postwar Italy… Vittorio De Sica’s follow-up to his international triumph BICYCLE THIEVES is an enchanting neorealist fairy tale in which he combined his celebrated slice-of-life poetry with flights of graceful comedy and storybook fantasy. On the outskirts of Milan, a band of vagabonds work together to form a shantytown. When it is discovered that the land they occupy contains oil, however, it’s up to the cherubic orphan Totò (Francesco Golisano) — with some divine help — to save their community from greedy developers. Tipping their hats to the imaginative whimsy of Charles Chaplin and René Clair, De Sica and screenwriter Cesare Zavattini (adapting his own novel) craft a big-hearted ode to the nobility of everyday people.