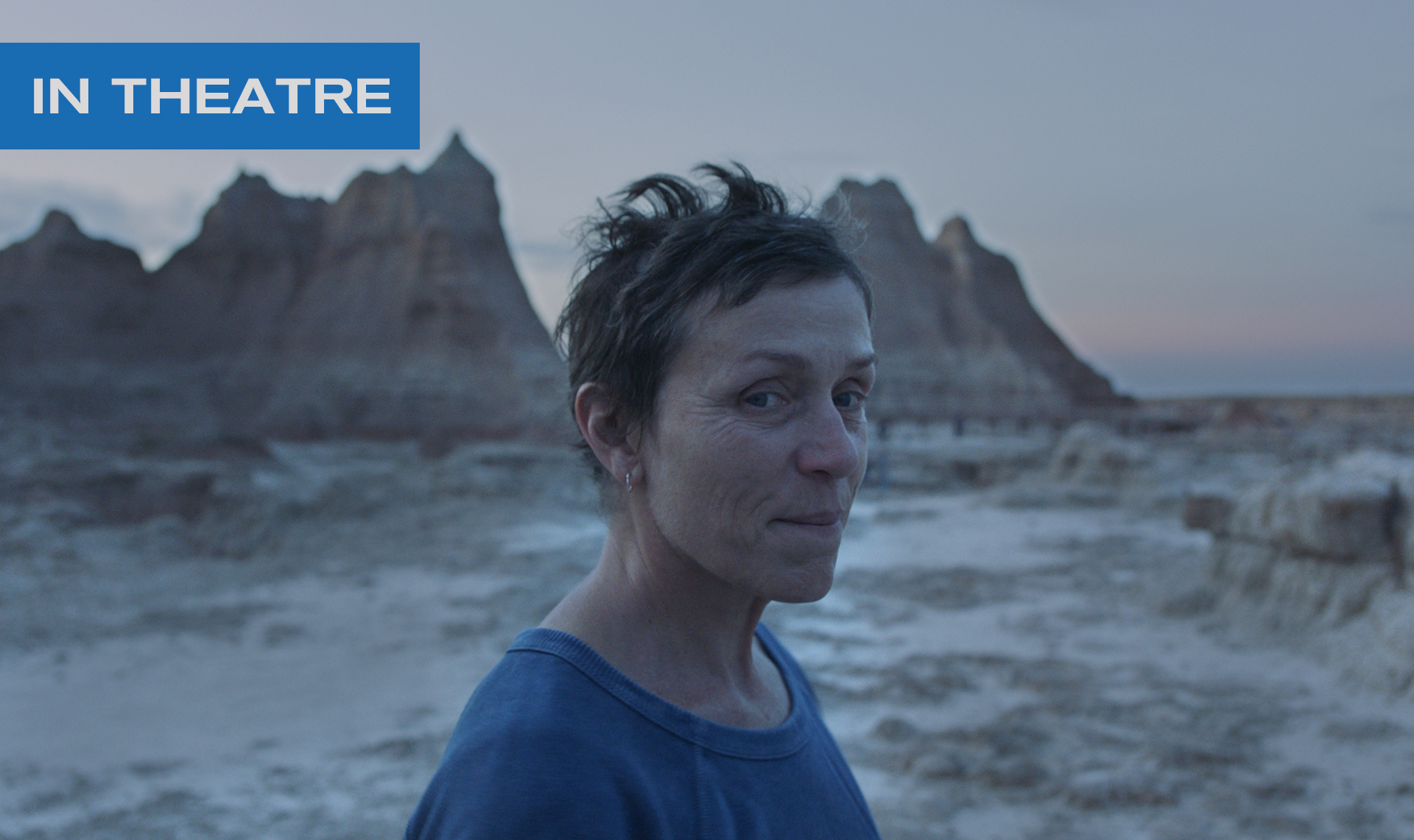 The first few images of Frances McDormand as Fern establish the will of this woman straight away. She’s on her own, working itinerant jobs, hitting the road when it’s time to move on. “I’m not homeless,” she says to an inquiring friend’s daughter. “I’m just…houseless. Not the same thing.”

Adapting Jessica Bruder’s non-fiction book, Chloé Zhao writes, directs, and edits with impressively crisp focus. The film gets into and out of every scene with rare economy, cutting to the heart of each moment in our growing understanding of Fern.

NOMADLAND arrives between Zhao’s award-winning prairie drama THE RIDER and her upcoming Marvel superhero movie, ETERNALS. It’s yet more evidence of what makes her a singular filmmaker and one of the most important new voices in American cinema. Zhao seeks out characters living in the margins of society and on the periphery of movie heroism, and shows us why these seeming outcasts define both America and movies — more than the big-screen protagonists we’re used to. As we watch Fern eke out a living in precarious jobs, try and fail and try again to form relationships — and all against stunning expanses of desert and sky — it’s clear that we’re watching a portrait of America now. (Synopsis excerpted from the 2021 Toronto International Film Festival)