Seminar: Delving Into MEMORIA: The Ghostly Sensuality of Apichatpong 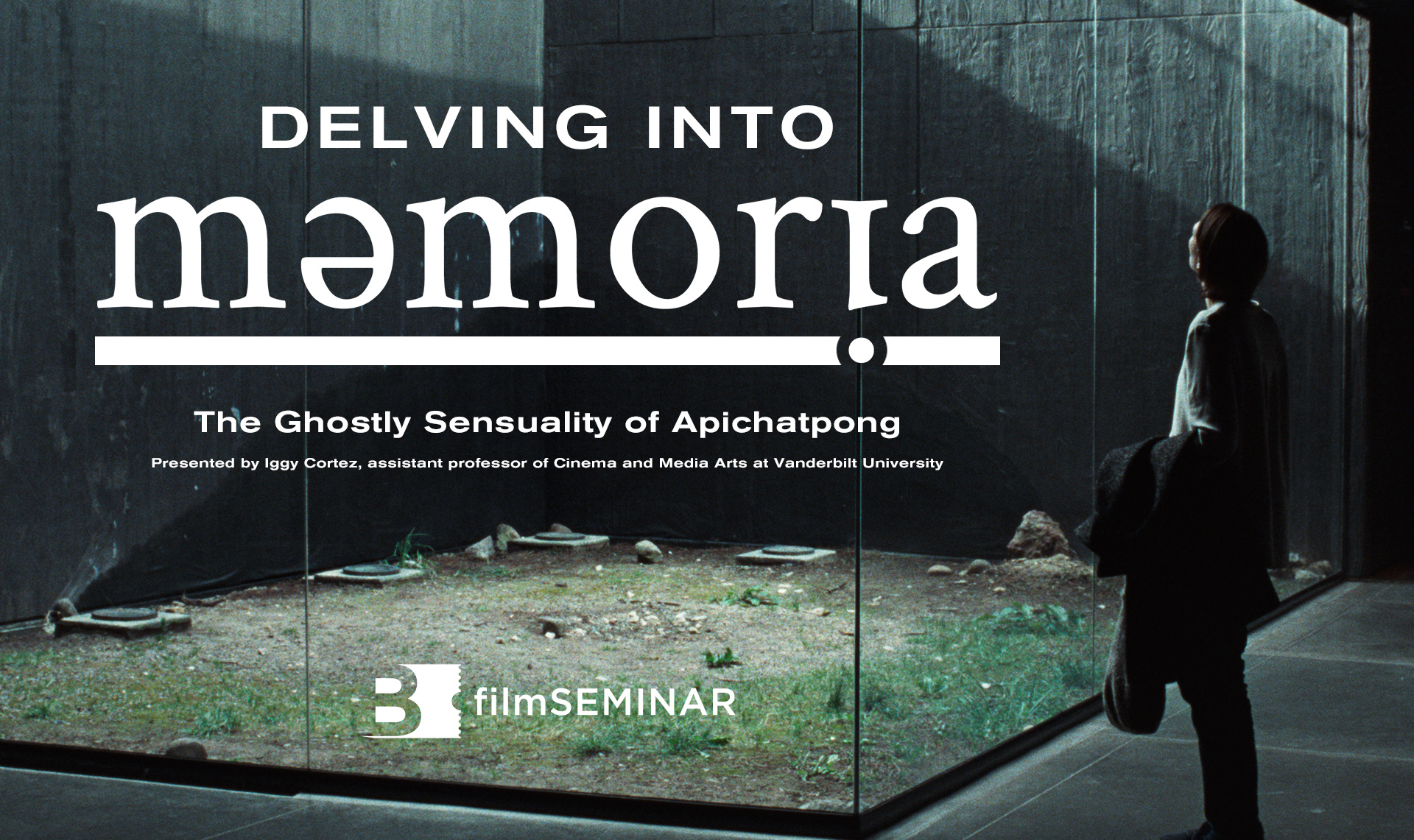 Following MEMORIA’s run at the Belcourt, this seminar and discussion will explore the films of renowned Thai filmmaker Apichatpong Weerasethakul, who has emerged as a central figure in both global art cinema and contemporary art. Through a particular focus on MEMORIA, his most recent film starring Tilda Swinton, we will interrogate the aesthetic and political dimensions of his cinema’s enveloping sensory atmospheres. Merging quotidian realism with the supernatural, Apichatpong’s films sharpen our perceptual awareness of the physical world while simultaneously evoking a sense of dreamlike reverie filled with ghosts, bodily possessions, and the coexistence of multiple temporal dimensions. By contextualizing MEMORIA in the director’s broader oeuvre, this seminar will investigate how Apichatpong’s uncanny visual aesthetic serves as a pointed political treatise that seeks to invent new forms of intimacy with both human and nonhuman environments. We will also situate MEMORIA in relation to the director’s investment in multiple artistic, cultural, and religious practices, as well as recent technological developments. Across these coordinates, we will assess how Apichatpong’s body of work helps us understand cinema’s relationship to reality — its capacity to shape and reshape our collective understandings of the “real,” the changing terms and pleasures of cinematic spectatorship, and the ways in which sensual sensory experience can help us interrogate exclusionary or restrictive world views.

About the speaker:
Born and raised in Rome, Italy, Iggy Cortez now lives in Nashville where he is an assistant professor of Cinema and Media Arts at Vanderbilt University. His research and teaching interests include world cinema, queer aesthetics, the history of the senses, and questions of screen performance and embodiment.  His writing has appeared or is forthcoming in the Journal of Cinema and Media Studies as well as Camera Obscura. He is currently at work on a book on nighttime in world cinema.