In Marathi with English subtitles 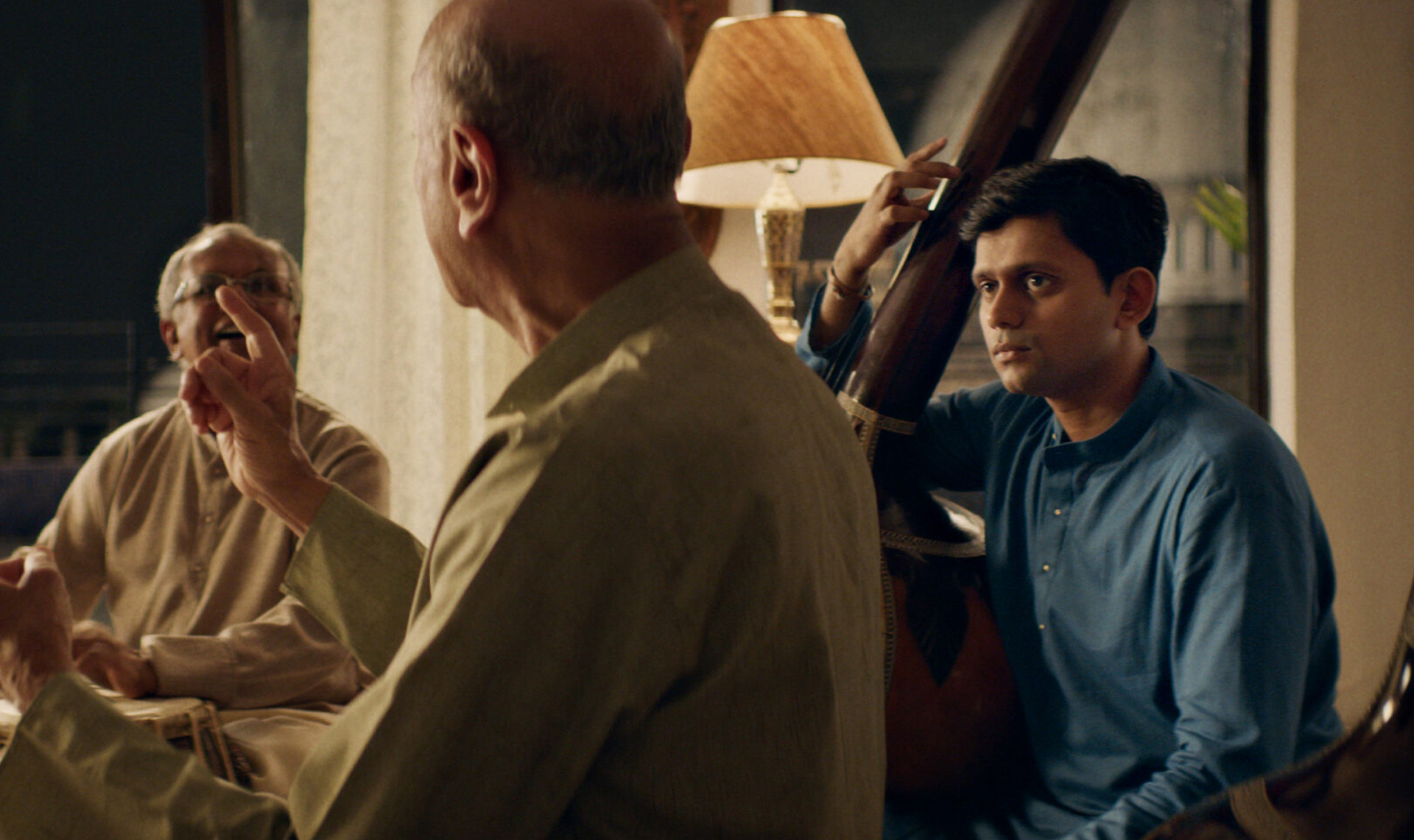 Part of Movies We Missed and Music City Mondays.

From a young age, Sharad (Aditya Modak) was nurtured into the world of Indian classical music through his father’s passion and scholarly pursuits. As a vocalist, he is fixated on succeeding where his father failed in the competitive performance niche, studying intonation and precise phrasing under the tutelage of a strict and quietly demanding master, Guruji. His lifetime of surrender and sacrifice is guided by the secretly recorded theoretical teachings of Maai, an almost mythical figure who espouses unbending discipline. Despite Sharad’s devotion to his master and his art, the realities of life and the modern world — with its rapidly degrading musical standards that threaten to render classical techniques extinct — force him into an existential crisis.

Moving on from his critically lauded 2014 debut, COURT, director Chaitanya Tamhane meticulously dedicates every frame to observing and illuminating the relationship between student and master. Retaining his layered style, he brings a depth of insight to Sharad’s creative journey. The serene score transports audiences from one expertly composed scene to the next, as if entranced by not only the motivations but also the internal, sublime experience of the artist.

With an incomparable mentor and executive producer in Alfonso Cuarón, and a years-long education in the world of Indian classical music he previously knew little about, Tamhane displays an adept commitment to his own craft with THE DISCIPLE. The fidelity of this portrait of an artist is sure to resonate with audiences as he continues to establish his transcendent cinematic voice. (Synopsis from 2020 Toronto International Film Festival)