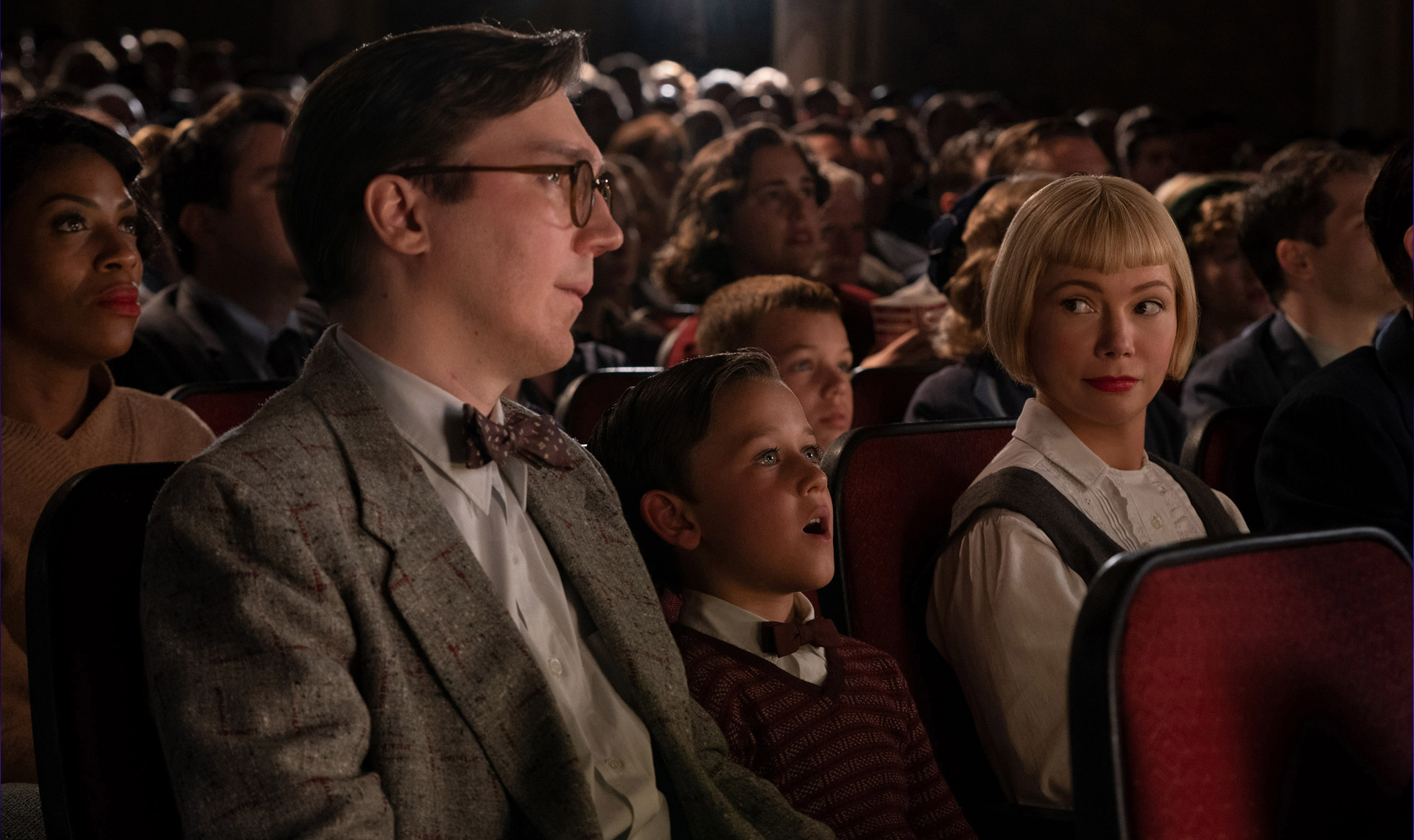 Steven Spielberg’s most personal film yet is based on the master director’s childhood passion for moviemaking, and the family dynamics that found their way into his work.

Gabriel LaBelle gives a breakout performance as the teenage Sammy Fabelman, always desperate for a new piece of gear so he can make ever-bigger movies with his friends. Michelle Williams is the heart of the story as Sammy’s encouraging mother, a skilled pianist. She brings life to their household, a fact Mr. Fabelman (Paul Dano), a computer engineer, finds as enchanting as he does discombobulating. Their family is rounded out by his loveable co-worker Benny (Seth Rogen), who becomes an uncle to Sammy and his sisters, always along for the ride with the Fabelmans. This unique combination of parental figures eventually becomes a source of tension with Sammy at the center, and that seeps into his creative work.

Instead of chasing sharks or running from giant boulders, Spielberg has Sammy navigating the interpersonal landmines of home and school life, in what may be the most emotionally expansive film of his career. Starting with gunslingers and war stories — the way any Boy Scout in the late 1950s might — Sammy/Spielberg shows us not only what sparked Spielberg’s love for cinema, but also how empathy and human relationships have sneaked their way into the work of this master filmmaker. (Synopsis from the 2022 Toronto International Film Festival Program Guide)