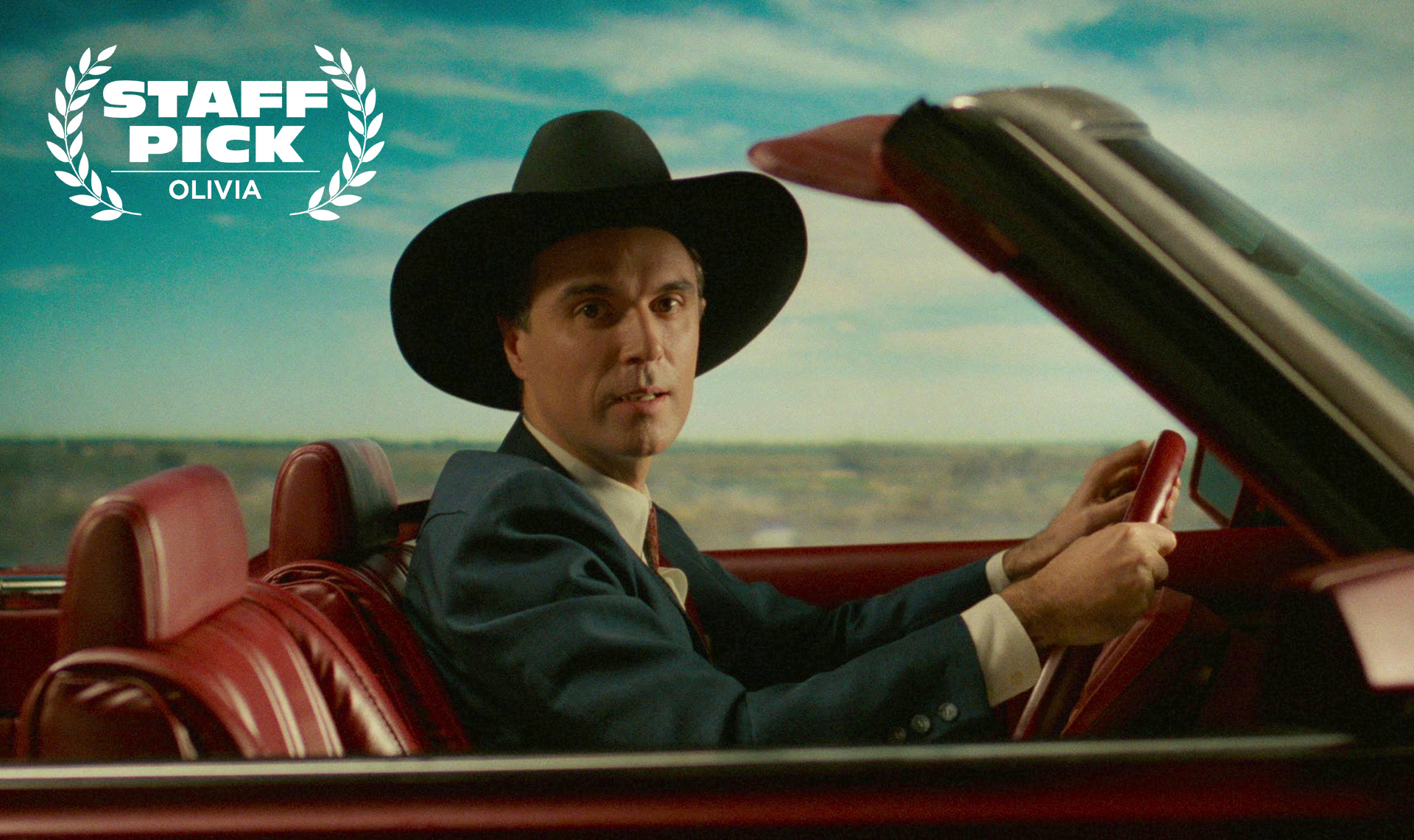 Programmed by Olivia, who says, “There are parallels that exist between old Nashville and Virgil, Texas and the world we live in today. David Byrne might even look slightly akin to our beloved, yet feared, Techs the Robot Cowboy from 100 Oaks Mall.”

Talking Heads singer David Byrne plays host to this bizarre patchwork of tabloid-inspired tales, set in the fictional town of Virgil, Texas. Cruising the streets in his cherry-red drop-top, Byrne introduces viewers to the local eccentrics gearing up for the town’s 150th anniversary. They include a community leader with a thing for veggies (Spalding Gray), a woman so lazy she won’t leave her bed (Swoosie Kurtz), a lovelorn country singer (John Goodman), plus cameos from Pops Staples and more.