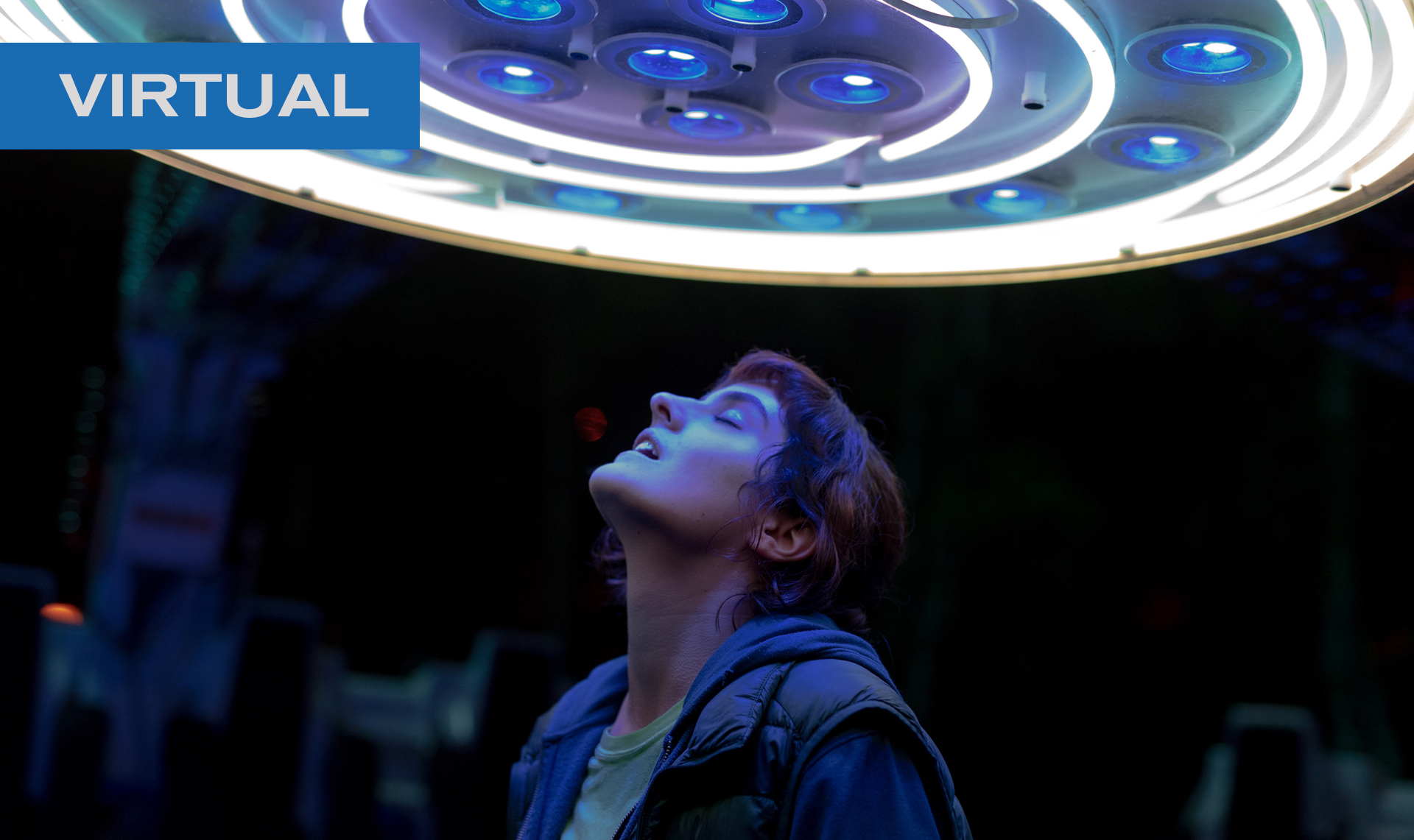 Jeanne (Noémie Merlant, PORTRAIT OF A LADY ON FIRE), a shy young woman, lives at home with her uninhibited bartender mother and works the graveyard shift as a cleaner at an amusement park. Her mother wants her to meet a man, but Jeanne prefers tinkering in her bedroom with wires, light bulbs and spare parts, creating miniature versions of theme park rides. During her late-night shifts she begins spending intimate time with the alluring new Tilt-A-Whirl ride that she decides to call Jumbo. Finding herself seduced by “his” red lights, smooth chrome and oily hydraulics, Jeanne concludes that the thrilling new relationship she wants to pursue is with Jumbo.

Writer-director Zoé Wittock brings gleeful energy, buoyant humor and surrealistic style to an unusual type of love story — one between woman and machine — in her debut feature. Taking the perspective of Jeanne, who is played with focus and emotion by Merlant, allows us to enter her world of self-discovery and exhilaration for her literal object of desire, while her devoted mother struggles to understand and accept her unconventional choices. (Synopsis from the Sundance Institute)