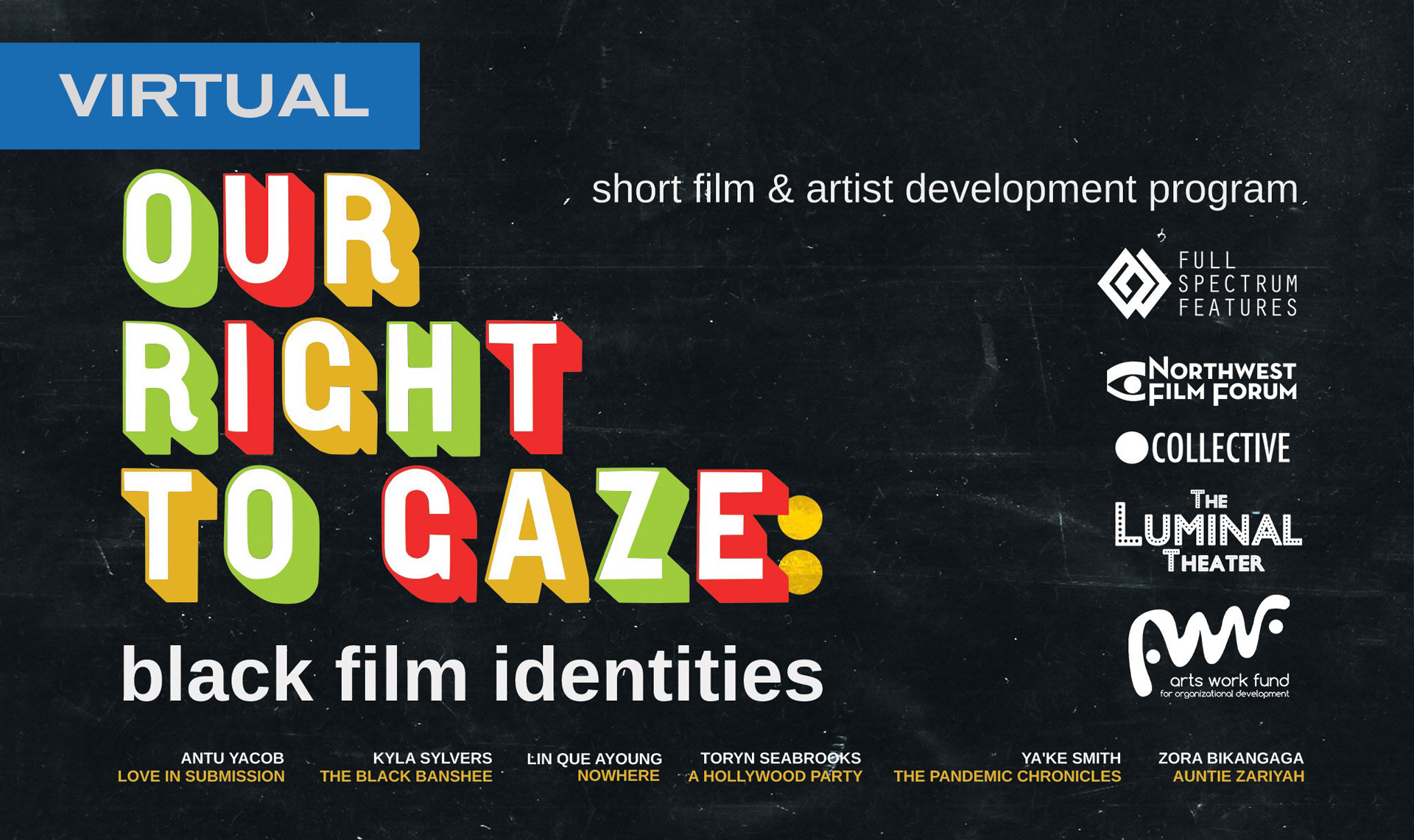 PURCHASE VIRTUAL CINEMA TICKET
Watch a Q&A with select filmmakers whose work is included in Our Right to Gaze.

In this collection of six shorts, filmmakers gaze at themselves and their world, attempting to make sense of what they see reflected back. From gripping drama to heart-warming comedy, Our Right To Gaze: Black Film Identities features timely stories from Black artists that take us outside of the ordinary.

In showcasing the work of participating filmmakers, Our Right to Gaze seeks to provide a means of addressing systemic inequity within the film industry, through the disruption of existing film distribution models and attitudes towards artist services and support. The program is also designed to support the participating filmmakers first and foremost — structured so that they receive adequate compensation for their work, have the option to participate in a mentorship cohort, and have the collective support of the cross-country coalition of media partners.

Love in Submission
Dir. Lande Yoosuf  | USA
Worlds collide when two different Muslim women meet each other for the first time through a mutual third party.

A Hollywood Party
Dir. Toryn Seabrooks | USA
An aspiring TV host encounters her lifelong idol at a Hollywood party but is mortified after the superstar accidentally spits on her lip mid-conversation.

The Black Banshee
Dir. John D Hay Jr. | USA
Convinced by her friends and boyfriend to enjoy a night out after losing her job, Yvie begins to question her sanity when she’s unable to separate recurring visions from her reality.

Auntie Zariyah
Dir. Zora Bikangaga | USA
Touring comedian and eligible bachelor Zach receives an invitation to crash with an auntie he’s never met before — and discovers she is a 12-year-old social media influencer.