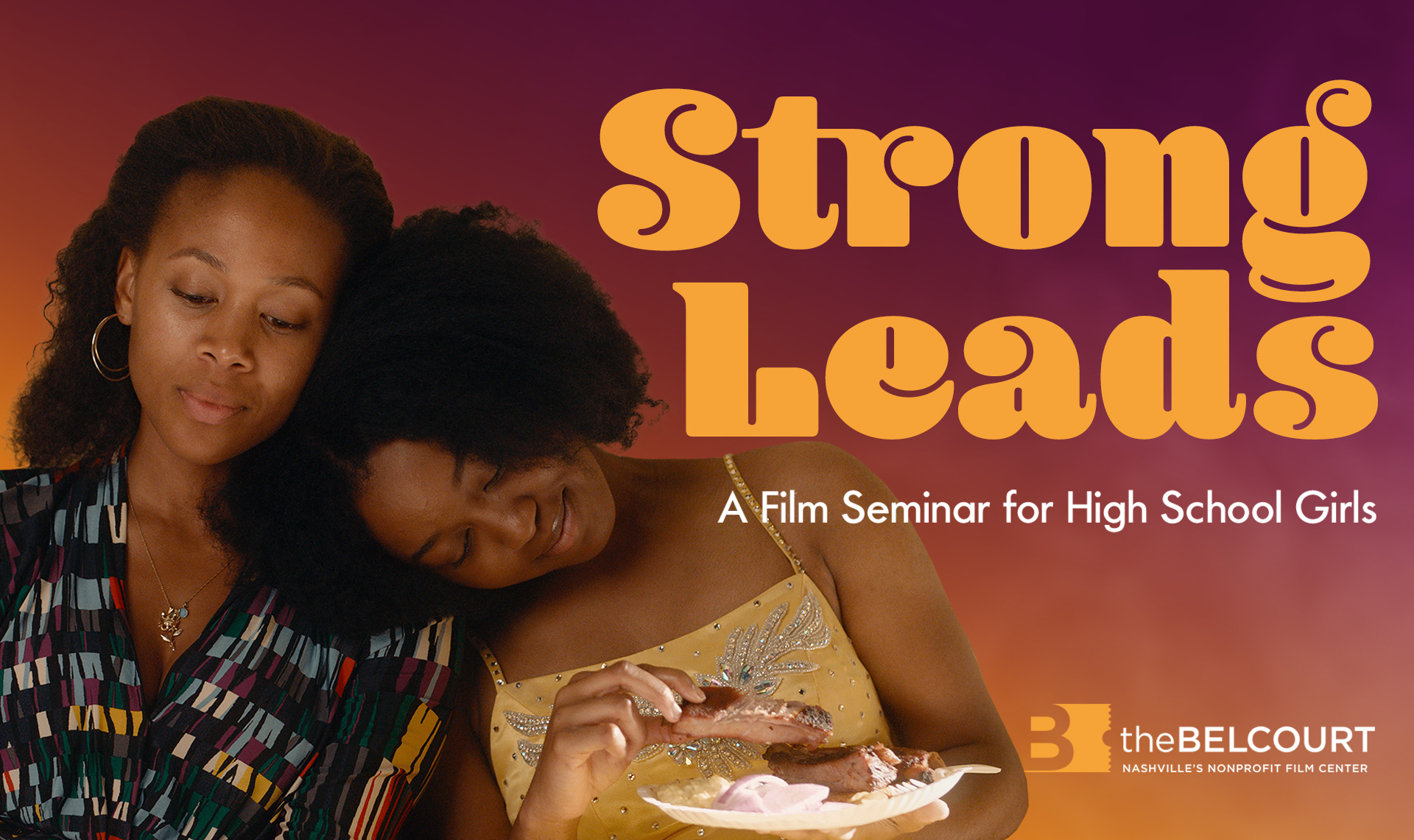 Strong Leads: A Film Seminar for High School Girls is a free after-school program spotlighting films by and about women. It is designed for 10th, 11th and 12th grade girls of all identities. A presentation of the Belcourt’s education and engagement program, Strong Leads explores gender representation in cinema, in the Hollywood establishment, and in film discourse.

Students will watch films on their own and meet virtually on Mondays, March 29 to April 26, 4:30-5:30pm, to discuss with their peers. All films are available to stream for free via Tubitv.com (with ads) or a private link from the Belcourt. Students need an internet connection to view films and join the Zoom meetings.

Facilitated by Allison Inman, the Belcourt’s education and engagement director.

Participation in Strong Leads is by application only. Applications are now closed.

HALF THE PICTURE
First-time director Amy Adrion’s HALF THE PICTURE celebrates the groundbreaking work of female filmmakers and investigates the systemic discrimination that has for decades denied opportunities to far too many talented women in Hollywood. Gender-parity experts and academics discuss Hollywood’s dismal employment practices — and these conversations are woven between interviews with prominent women directors (including Jamie Babbit, Gina Prince-Bythewood, Kasi Lemmons, Catherine Hardwicke, Miranda July, Penelope Spheeris, Ava DuVernay, and many others), telling their stories of breaking into a male-centered business. They confirm the double standards that still exist while eloquently outlining their career paths, their struggles, and their hopes for the future.

MISS JUNETEENTH
Turquoise Jones (Nicole Beharie) is a single mom who holds down a household, a rebellious teenager, and pretty much everything that goes down at Wayman’s BBQ & Lounge. Turquoise is also a bona fide beauty queen — she was once crowned Miss Juneteenth, a title commemorating the day slaves in Texas were freed two years after the Emancipation Proclamation. Life didn’t turn out as beautifully as the title promised, but Turquoise, determined to right her wrongs, is cultivating her daughter, Kai (Alexis Chikaeze), to become Miss Juneteenth — even if Kai wants something else. MISS JUNETEENTH is a warm, authentic debut feature from Channing Godfrey Peoples, heralded by critic Melanie Hoyes in Sight & Sound as a “joyful observation of Black lives, timely in this moment of global protest against racial injustice.”

WHALE RIDER
Only males are allowed to ascend to chiefdom in a Maori tribe in New Zealand. This ancient custom is upset when the child selected to be the next chief dies at birth. However, his twin sister, Pai (Keisha Castle-Hughes, who received a Best Actress Oscar nomination for her stunning performance), survives. At age 12, she enlists the help of her grandmother (Vicky Haughton) and the training of her uncle (Grant Roa) to claim her birthright. But to break with a thousand years of tradition, she’ll have to do the impossible: stand up to her ultra-traditional grandfather (Rawiri Paratene) and convince him that she has what it takes to be named the next tribal chief. Directed by Niki Caro and based on the novel by Witi Ihimaera, WHALE RIDER is a unique, uplifting and beautifully photographed tale of a young woman who dares to dream, and in the process, points her people toward the future.

BUT I’M A CHEERLEADER
Jamie Babbit’s creative feature debut follows Megan Bloomfield (Natasha Lyonne), a high school cheerleader who is sent to gay conversion therapy camp when her parents suspect her to be a lesbian. She meets a girl named Graham (Clea DuVall) who begins to challenge the camp’s ideals and what it means to be gay. Filled to the brim with clever innuendos, colorful imagery, and witty characters (including Ru Paul as a camp leader), BUT I’M A CHEERLEADER is sure to make you smile and laugh while also offering a satirical look at issues surrounding queer identity and gender roles. Using comedy to attack hard-hitting topics like heteronormativity is a change of pace from how these issues are traditionally discussed, and the film doesn’t resort to tragic piano music to show us the absurdity of reparative therapy. Using an out-there sense of humour, BUT I’M A CHEERLEADER is a vivid exploration of gender, sexuality and identity — and it’s more relevant today than ever.