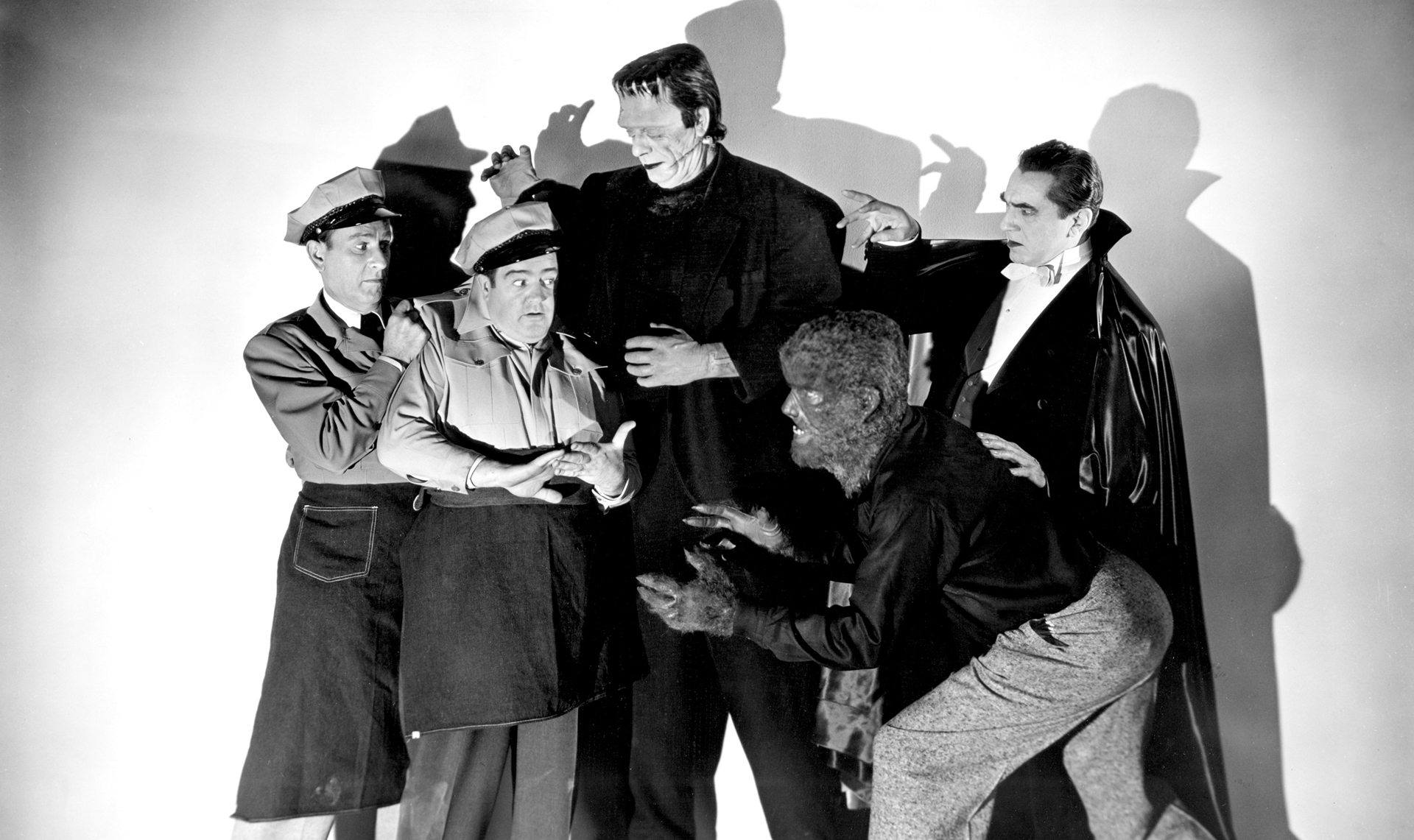 Comedy meets horror when Bud Abbott and Lou Costello encounter Universal’s classic monsters in the frightfully funny ABBOTT AND COSTELLO MEET FRANKENSTEIN. The world of baggage handlers Chick Young (Abbott) and Wilbur Grey (Costello) is turned upside down when they receive the remains of Dracula (Bela Lugosi) and Frankenstein (Glenn Strange), bound for the House of Horrors museum.

When Dracula and Frankenstein escape, complete chaos ensues as Chick and Wilbur get mixed up in an evil plot to switch Wilbur’s brain with Frankenstein’s — and are aided by Larry Talbot (Lon Chaney Jr.), who turns into The Wolf Man when the moon is full! Featuring laughs and chills alike, the film has firmly cemented itself as one of the greatest horror comedies of all time.