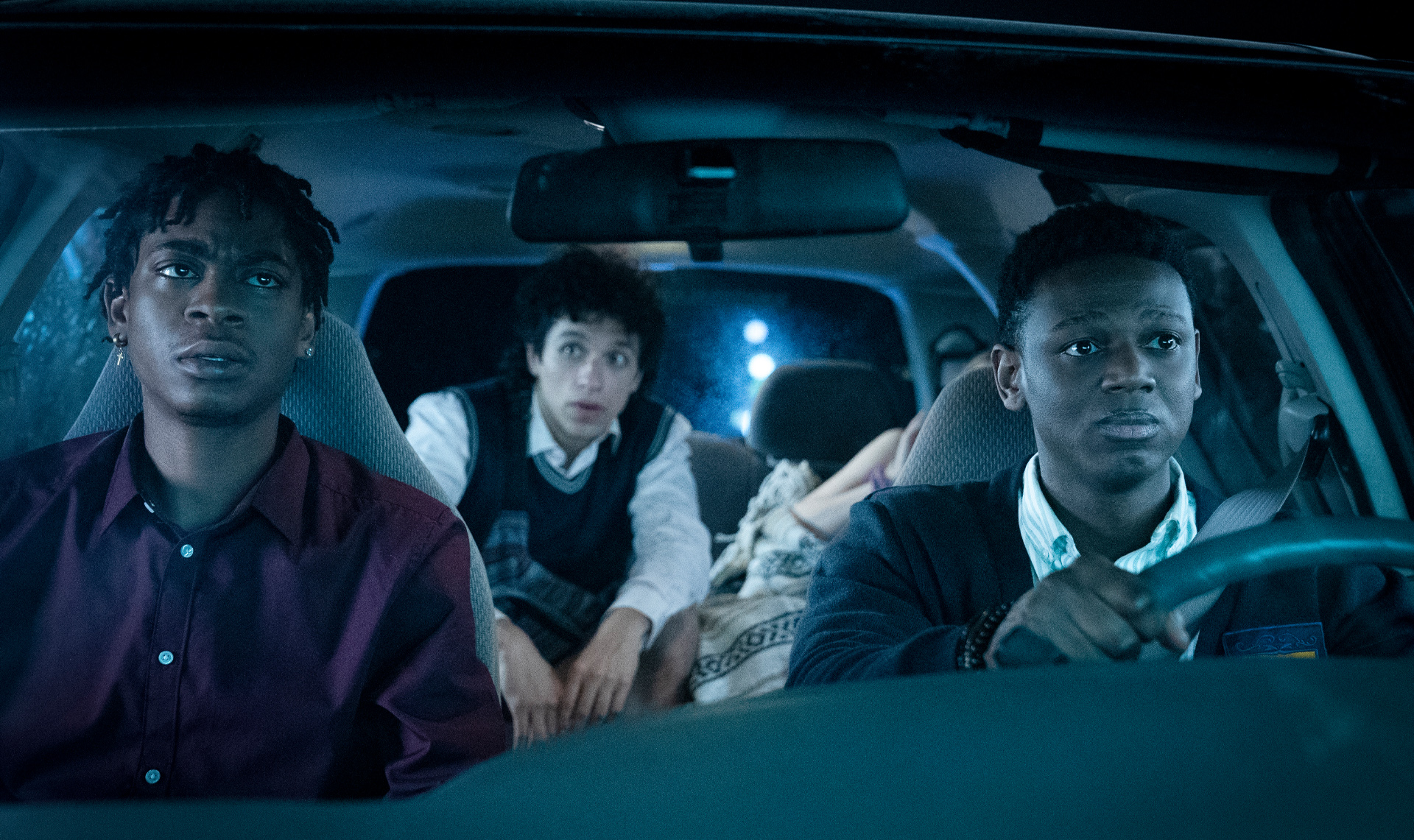 Straight-A college student Kunle and his laid-back best friend, Sean, are about to have the most epic night of their lives. Determined to be the first Black students to complete their school’s frat party legendary tour, the friends strap in for their ultimate assignment, Solo cups in hand. But a quick pit stop at home alters their plans when they find a white girl passed out on the living room floor. Faced with the risks of calling the police under life-threatening optics, Kunle, Sean and their Latino roommate, Carlos, must find a way to de-escalate the situation before it’s too late.

Two-time Sundance alum Carey Williams (R#J, 2021) makes his U.S. Dramatic Competition debut with EMERGENCY, the darkly comedic and wildly hard-hitting feature version of his short by the same name (a Special Jury Award winner in 2018). Bringing K.D. Dávila’s sharp and layered writing to life through an incredibly talented breakout cast, Williams hazes us with a timely and biting satire in which racial dynamics unmask a world so absurd that it could only be real. (Synopsis from the Sundance Film Festival 2022)