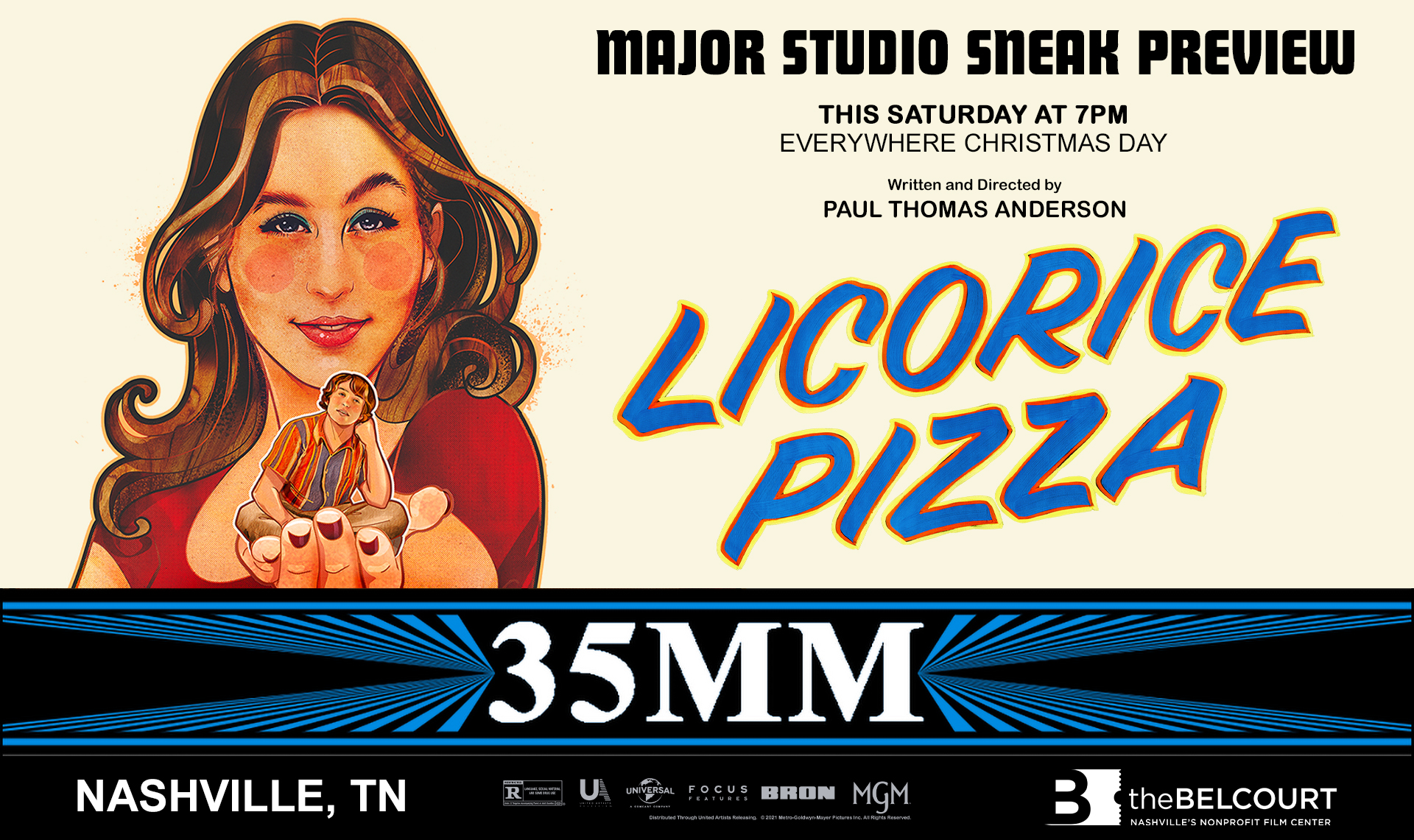 LICORICE PIZZA opens Sat, Dec 25 at the Belcourt for a full run. Showtimes posted and tickets on sale this Fri, Dec 10.

All ticket holders must provide proof of a negative COVID test taken within 48 hours, or proof of vaccination. In addition, masks must be worn at all times except when eating/drinking in your seat.