In French, English and German with English subtitles 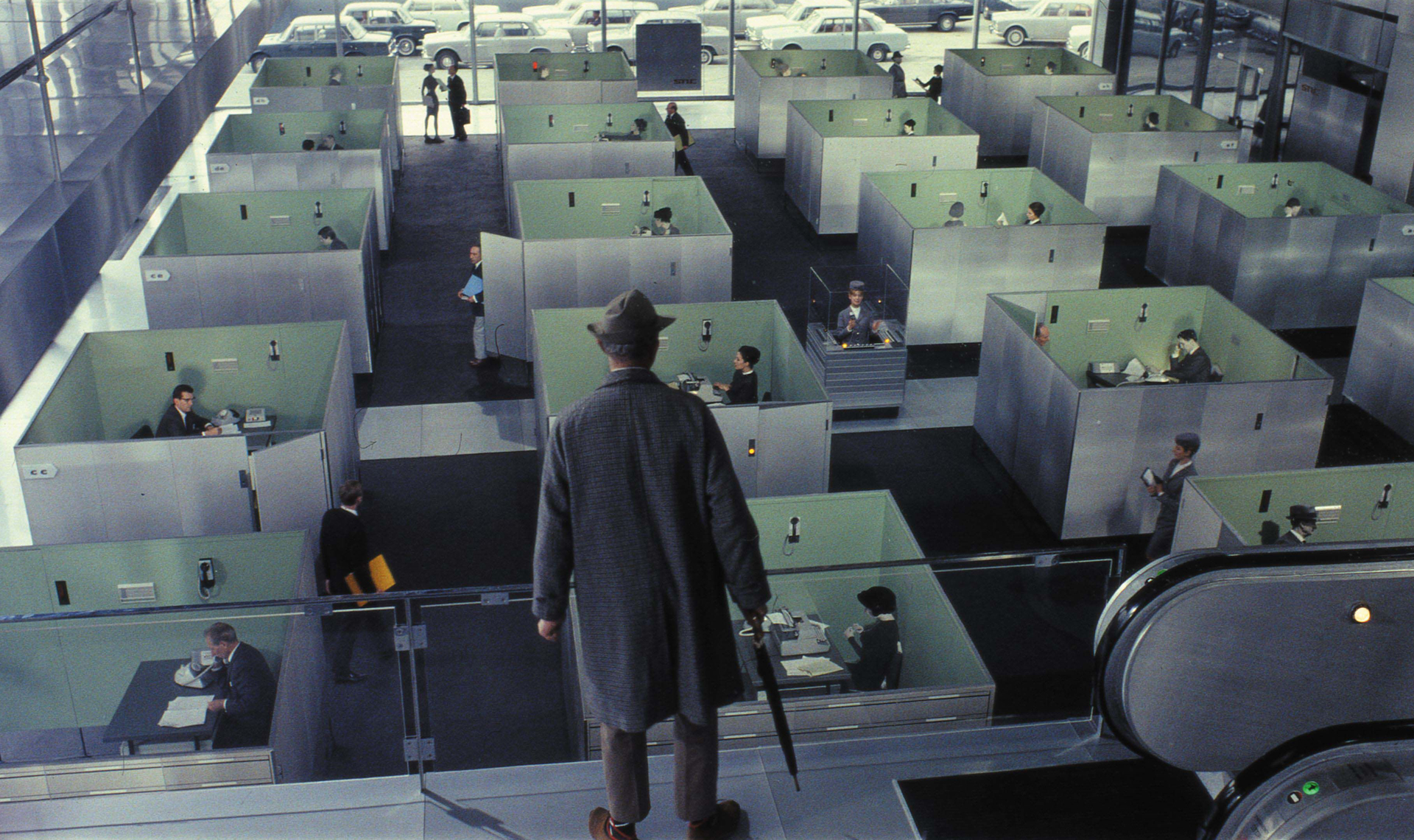 Part of Weekend Classics: About Time.

Jacques Tati’s gloriously choreographed, nearly wordless comedies about confusion in an age of high technology reached their apotheosis with PLAYTIME. For this monumental achievement, a nearly three-year-long, bank-breaking production, Tati again thrust the lovably old-fashioned Monsieur Hulot, along with a host of other lost souls, into a baffling modern world — this time, Paris. With every inch of its superwide frame crammed with hilarity and inventiveness, PLAYTIME is a lasting record of a modern era tiptoeing on the edge of oblivion.