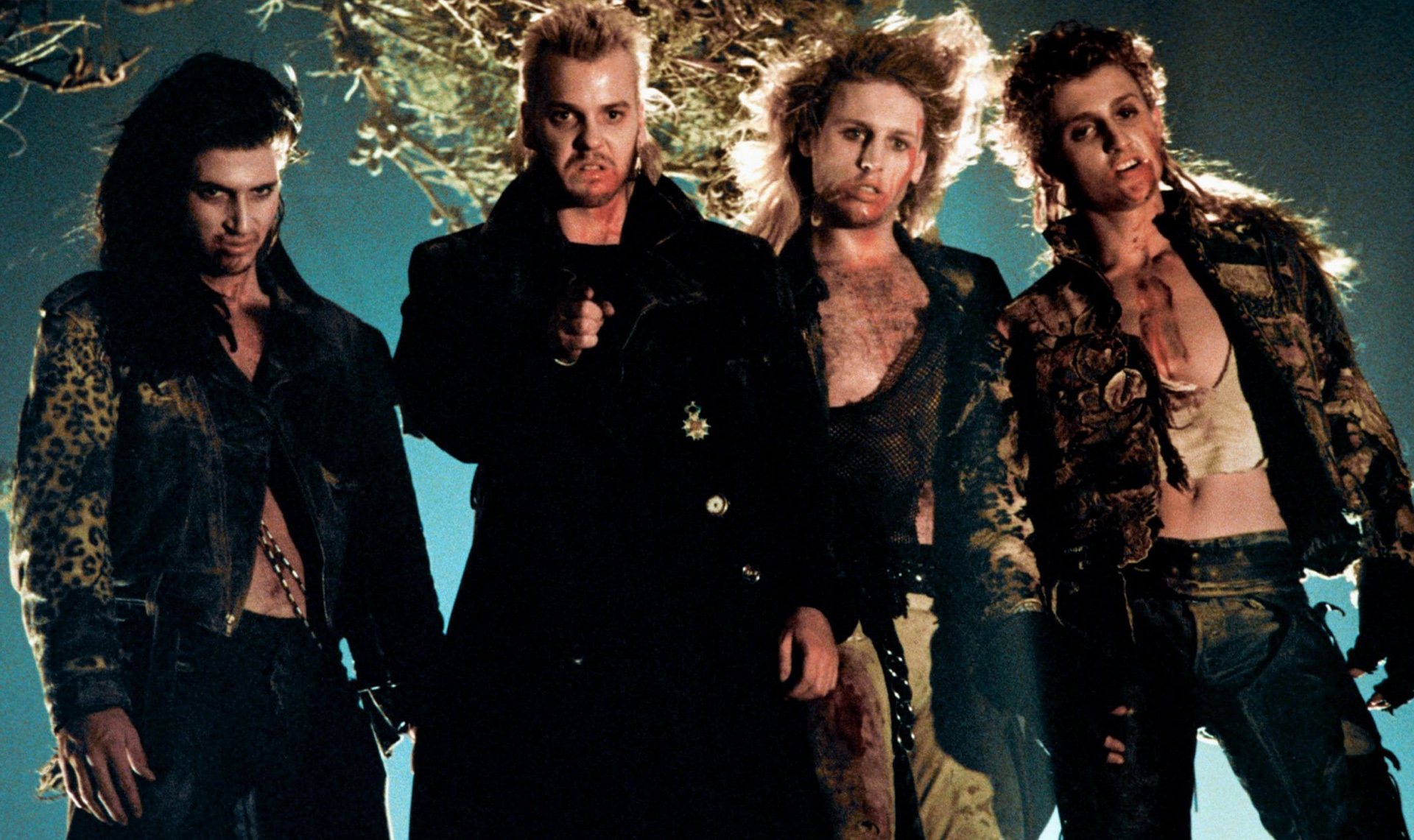 New 4K Restoration — Teenage brothers Michael (Jason Patric) and Sam (Corey Haim) move with their mother (Dianne Wiest) to a small coastal California town. While the younger Sam meets a pair of kindred spirits in geeky comic-book nerds Edward (Corey Feldman) and Alan (Jamison Newlander), angst-ridden Michael encounters and falls hard for Star (Jami Gertz), a mysterious bohemian beauty that hangs about town with intimidating gang leader David (Kiefer Sutherland) and his motley crew of stylish ruffians. As Michael falls deeper under the spell of Star and David, Sam and his friends begin to suspect Michael is in danger of falling prey to his mischievous new ‘“blood brothers” — and the boys must formulate a plan to break up the party.